In just a few short years, the TEDMED conference has grown in size and prominence to become an annual highlight for healthcare visioneers and digerati. The list of speakers shows it to include some of the best and brightest in the nation, and spans disciplines from engineering to medicine to informatics to chemistry.

As many readers already know, the TEDMED format follows that of the original TED conference series, consisting of 20 minute presentations followed by a brief on stage Q&A by the conference moderator. There are no panels, breakout sessions or parallel tracks. By asking conference goers to apply to attend and pricing tickets in the thousands, an aura of exclusivity has grown around the meeting. But this same aura clearly adds an element of excitement and media buzz and even importance around the meeting. As one speaker reported, even his 9 year old daughter was excited to learn her dad was speaking at TEDMED (!). Below are some highlights from iMedicalApps’ coverage of the final day of the conference.

Although TEDMED was originally founded in 1998, in its current incarnation it has only produced its signature conference since 2009. The inaugural show included a memorable demonstration of the power of mobile health technologies and personal genomics by Dr. Eric Topol (iMedicalApps interview). Starting in 2012 and going forward, the conference has moved from San Diego to Washington DC in order to be near the “heart of America’s national conversation on health and medicine”.

This year, TEDMED introduced two new concepts, simultaneous live HD streaming of the conference to numerous health related institutions and med schools internationally and a Great Challenges program. In the latter, a panel of 50 leaders suggest one “great” challenge confronting each, which are voted upon by the TEDMED delegates. The top 20 vote getters are subsequently announced. According to the organizers,

the mission of the Great Challenges Program is not to “solve” America’s most confounding health and wellness problems. Instead, we seek to provide America and the world with a comprehensive view, incorporating thoughtful perspectives from every discipline and from all sectors of society.

CAN WE GET 8-BILLION HEARTBEATS ON SPEED DIAL? 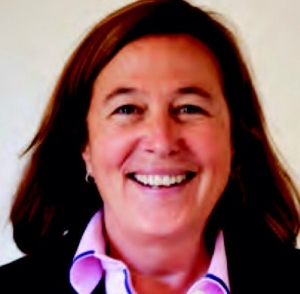 Many iMedicalApps readers already are familiar with the Dr. Saxon and the USC Center for Body Computing, which has taken an important role in investigating and promoting wireless health sensors. The conferences has hosted an annual conference on body computing since 2007.

Dr. Saxon’s presentation was memorable for both for its bold idea as well as two great anecdotes which highlighted the promise of mobile health devices. In one story, she recalled a recent event she hosted where participants were each provided the mobile iPhone ECG device AliveCor. This device exposes to small metal surfaces on an iPhone case and quickly displays on the phone screen an ECG tracing, which can subsequently be uploaded. Over the next couple of weeks, the participants continued to upload their tracings, hundreds of them, which Dr. Saxon would occasinally peruse from her home computer. One night, she turned on the display to see that a Nigerian gentleman, at that time sitting in Mumbai India, had a tracing showing on active myocardial infarction. She contacted him by phone immediately. It was a silent MI, he had no idea !

She told another similar story of her weekely tennis game, that day with a 19 year old tennis athlete. The night before, that teen had been out with friends and was likely still tired and dehydrated. Part way through the game, she slumped against the fence. Dr. Saxon quickly took out her iPhone and obtained a tracing showing she was in a rapid ventricular arrhythmia [I am guessing SVT], which the doctor was able to quickly reverse with a physical maneuver [likely carotid massage]. This event gave her an insight into how otherwise health atheletes sometimes suffer sudden death. By pushing themselves harder than typical individuals, this typically non life treatening arrhythmia can kill. But, without the ability to make the diagnosis in its actual context, this insight would have been elusive.

These moments led her to a bold idea. Why not collect the heart tracings of every human on the planet ? She announced the launch of a website to do just that: everyheartbeat.org. It is a place to collect and share wireless health information. As she put it, there is a Wikipedia of medicine (“I know, every patient reads it to me”) but no Facebook of medicine. By collecting and analyzing these vast data bases, we could learn much more about cardiac activity in the context of life. “I imagine a world where people share their heart data like they share other social activity ” she said. And, even though the dataset sounds massive, she said one year’s worth of data 365 Tb would still be less than the amount of data amassed by the filming of Avatar.

CAN MEDICAL INDUSTRY AND MEDICAL RESEARCH LIVE HAPPILY EVER AFTER? 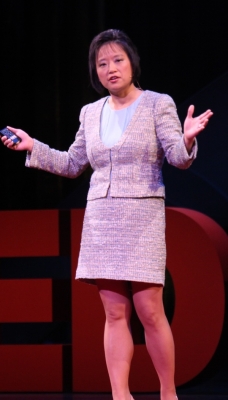 Dr. Chin gave an understated but profound talk on how the construct and culture of academic science and medicine is not equipped to solve the challenges of drug discovery. She started by noting that there is an important disconnect between the rate of scientific discovery and the rate at which new drugs & treatments become available. The concept of “personalized medicine”, tailoring treatment for one individual instead of a population, is very much in vogue. While the term is inconsistely used, she says for her it is best defined as “practicing medicine with science”. However, the disruptive technology of rapid genetic sequencing underlying personalized medicine will increasingly lead us to dead ends since we only have a limited number of drugs “on the shelf.”

One obstacle she has noticed, starting from her days at the Dana Farber Cancer Institute at Harvard and as a biotech company founder, is that the academic researchers, the small biopharma companies and the large pharma companies are in silos and unable to communicate “without lawyers”. This means that experimental problems that necessarily crop up at each phase of the evolution to commercialization have to be solved in a vacuum.

She proposes a fundamental restructuring of the academic context, one from which credit only accrues to individuals publishing papers in prestigous journals to one where teams work together to create viable drugs and are rewarded according to their productivity.

Otherwise, from the researcher’s perspective, it ends at publication. They hand over the discovery of a new target or pathway to pharma. As she put it, “Once you hand the baton, you can’t help the next runner, you can only cheer from the sideline.” Yet, we need the biology at every step of the pipeline.

It is not enough to do only research in academia, it will be necessary to incorporate applied research. We need a new organizational construct in academia, recognizing the importance of applied scientists and engineers. In academia, only the first author counts. This will not work when diverse skills are needed. The team has to be celebrated. It needs to be goal oriented, given a map. We have to manage resources, if it is not working, we should kill it. We have to change the culture of academia and recognize that publication is not the only thing that matters. We need to get the right people and give them the right rewards. We need products. 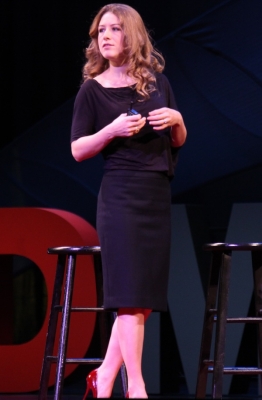 Dr. Michor came from an interesting background, with a mathematician father and caregiver mother. She loved that math contained a list of rules and logic but wanted to combine it with the humanitarian approach of her mother. Later, she thought that it was mind-boggling to me that mathematics was not applied to cancer as math permeates everything.

In math, rules that are used to predict future activity. But the question was, what are rules underlying cancer ? Her insight was that these rules come from evolution. Specifically, from the progression from unicelluar to multicellular organisms. In this important step, selfish cells had to enter into “The covenant of multi-cellularity”, to give up this selfish behavior and be part of a larger organism.

Therefore cancer is the breakdown of this covenant. In the human body, there a trillion cell divisions daily, and thousands of mutations. The immune system protects us from these mutations as does the process of cell differentiation and natural apoptosis. However, as more mutation occur, the policing breaks down leading to cells that declare “me me me”.

We can describe the rates of mutation in a population of cells, calculate the chance that tumors will respond to treatment. These underlying mathematics describe the evolutionary dynamics of cells. She showed an example of lung cancer, in this case sensitive to a targeted therapy. However, the cells evolve resistance by changing their receptors. In this patient, after an initial response, the tumor starts to grow again two years later.

However, she asked, what if we had changed the initial dosing strategy to reduce the risk of resistance ? What if we dosed every other day or every third day ?T o model the effects of these dosing strategies, we could not realistically run clinical trials for each one. However, if can describe the evolutionary rules that lead to resistance we can model them in seconds on a computer.

If the meteoric course of her career, obtaining a Harvard PhD at age 22 and holding positions at Memorial Sloan Kettering and Dana Farber Cancer Institute is any indication, we will no doubt be treating cancer with drugs as well as math in the future. 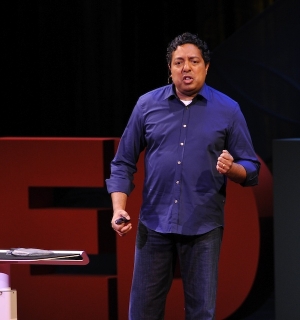 Some of the other highlights included Atul Butte, MD an accomplished medical informaticist now at Stanford who predicted the wide availability of genetic data, published freely on the web, means that scientific method may be come obsolete. In the future, we will start with massive data stores and then look for a question to ask. In his words, “data is frozen knowledge, you and I bring the heat and light to melt it”. He also thinks the rapid dissemination of genetic experimental tools, such as available at assaydept.com will lead to a future where garage tinkerers come up with new drugs.

Bud Frazier MD, the Chief of Cardiac Support, Texas Heart Institute and heart pump pioneer gave an account of his insight that mimicking the natural beating function of the heart was the wrong way to make an artificial heart. He started by saying that early flight machines tried to replicate flapping wings and all failed until we came up with the idea of a propeller. Similarly, early artificial hearts had to beat 100,000/day, a rate at which man made materials could not sustain. Seeing an archimedes screw pump irrigation water led to the development of a compact and efficient blood pump that can completely replace a heart and amazingly resulting in perfectly functional people who do not have heart beats !

There were many other great speakers, and no doubt our readers will enjoy the videos once published on the TEDMED site. We look forward to the amazing TEDMED when it returns to Washington in 2013.