Over a year ago Microsoft released its Kinect device as the XBox’s response to the Nintendo Wii remote revolution. It quickly became the top selling device in consumer history.

In February 2012, Microsoft launched “Kinect for Windows”, allowing app developers beyond the XBox gaming console to take advantage of the Kinect interface to differentiate their products from their competition.

Microsoft followed up this announcement with the launch of the Microsoft Kinect accelerator in partnership with TechStars to encourage developers and entrepreneurs to experiment with and start businesses around the Kinect interface.

Eleven inaugural startups have been chosen by the Kinect Accelerator, and a few are focused on potential applications of Kinect in health care.

GestSure is creating rich, touchless gestural interfaces that allow surgeons and interventional radiologists to control the equipment without breaking sterility.

As the company correctly points out on their website, surgeons and interventional radiologists must always be mindful of wearing sterile gowns and gloves to protect patients from infection, but much of their equipment resides in the non-sterile part of the OR. GestSure hopes to bring their expertise in machine vision, human-machine interfaces, and surgical practice to create a “robust system that integrates easily and flexibly into the OR workflow.” Other potential ideas of using touch and wireless devices in the operating room were explored in this iMedicalApps article last year. 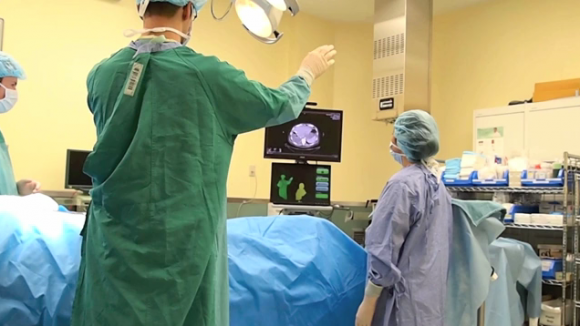 Jintronix user experience is based on an overarching, clinically validated structure that is able to measure detailed aspects of the patient’s performance at any point, and serve personalized content based on the patients particular challenge area. The solution is truly a tele-rehabilitation system with a web-based component allowing therapists to track their patients’ home activity and progress, and customize any of their patients’ game settings from a distance.

NConnex is creating a system they call “Batman” which offers sense augmentation for the visually impaired. Anyone who has seen the movie, The Dark Knight and remembers the sonar-style visual extensions Morgan Freeman added to Batman’s suit for the final battle against the Joker has a good idea of what NConnex is trying to accomplish using Kinect.The NConnex Batman reconstructs the visual environment by converting 3D images into semantic information provided to the user with auditory and tactile feedback. 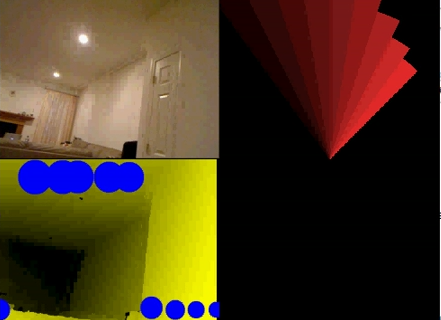 ZebCare is flying much further under the radar than the other healthcare focused startups at the Kinect Accelerator, but according to the company’s website they are developing “novel solutions for a model of healthcare emphasizing the prevention of severe injuries or accidents, before they occur.”

The one hint offered to the founders’ vision for revolutionizing healthcare can be found in a paper published in McKinsey Quarterly by co-founder Zeb Kimmel. Stay tuned for future developments, as we keep you apprised of what is happening in the world of mHealth!