Update #1: As mentioned in the original post, the screen formatting issues appear to have resolved. I’m still having issues with being logged out sooner than usual, however, this could be an issues from the server side, not Citrix’s app. Either way, huge productivity interruption with the app during the 2 to 3 days it wasn’t working appropriately. I’d recommend looking at the Citrix Forums that are linked in this article before updating the app.

A large number of physicians, including myself, use the Citrix Receiver app to access our Hospital or clinic’s electronic medical record.

The Citrix Receiver app is used by many Hospitals to allow physicians virtual access to the Hospital Electronic Medical Record (EMR) while off campus.

The app is also used extensively by physicians to use mobile devices in the Hospital setting. For example, the University of Chicago’s Internal Medicine program uses the app extensively for their EMR.

Unfortunately, with recent updates this past week aimed at the New iPad, the Citrix receiver app has taken a step backwards, and for many physicians, might be hampering their workflow.

One, the screen size does not fit properly, and requires you to use the zoom feature. 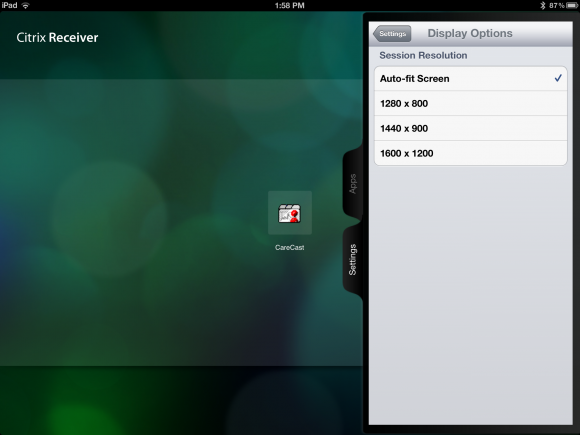 Two, the app requires you to continuously login, whereas before you were able to quickly switch back into the app and into the EMR even after your iPad was in sleep mode. Three, there is significant more lag time that was not present prior to the update.

The first two issues were addresses in a rapid update at the end of last week. For many though, including myself, issues are still persisting. 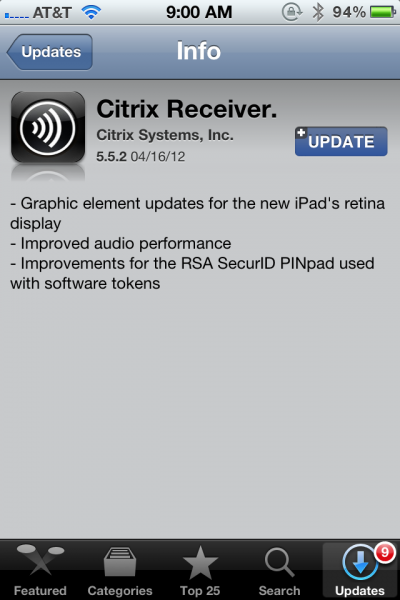 Forums on Citrix are being lit up with people facing issues with the Citrix New iPad update, and it doesn’t appear Citrix is answering anyones questions — yet.

My main advice right now: If you or a physician colleague have the New iPad — and use it for your electronic medical record — do not update to the newest Citrix receiver app. 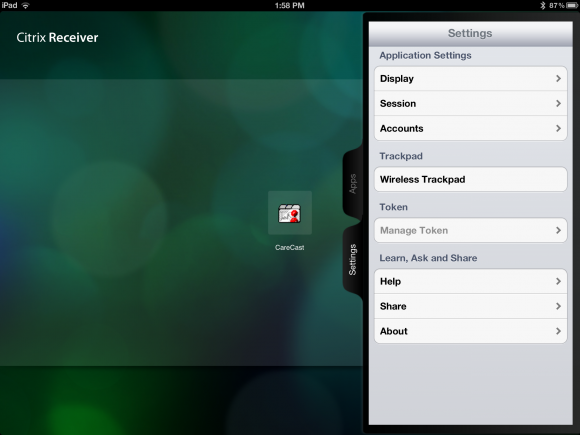 If you’re facing similar issues, feel free to sound off in the comments section.