Anemia can be difficult to diagnose without access to a specialized equipment or a trained technician. In fact, anemia kills 1 million women and infants worldwide annually.

Yet anemia, if diagnosed, can be easily treated using inexpensive supplements even in poor/remote regions. Myshkin Ingawale and Yogesh Patil, co-founders of India-based startup Biosense (originally Anaemedia), were determined to use technology to overcome this barrier to delivering the minimum quality of care necessary to make sure nobody ever dies from anemia in India (or anywhere else in the world for that matter) again.

This determination led them to develop the first version of a device they called ToucHb, which according to the company’s website, was packaged in the shell of a huge lunch box. The device was then submitted to the Techfest competition at the Indian Institute of Technology, Bombay, in January 2008.

ToucHb finished second at Techfest, and in June 2008 Biosense was awarded the Piramal Prize by the Priamal Foundation and the Indian Institute of Management, Ahmedabad, an honor bestowed upon companies advancing the cause of democratizing healthcare in India. 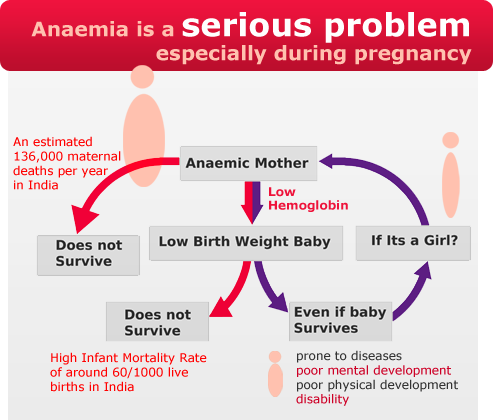 After 32 different iterations of the ToucHb, several of which are pictured below in the order of development, Biosense recently unveiled the most recent version of the device at TED 2012.

The technology is a truly noninvasive (needle-less) mobile device approximately the size of an average smartphone that uses light to instantly measure hemoglobin, oxygen saturation, and heart rate, enabling workers to diagnose anemia at the point of care. This simplicity is important because, in India, patient care is often handled by Accredited Social Health Activists (ASHA) instead of physicians.

The device uses a technology known as photoplethysmography (PPG), which allows scientists to determine hemoglobin levels by passing light through the skin and measuring how much of the light is transmitted, absorbed and scattered.

The images below chronicle some of evolution of the device. Be sure to check out the video of Myshkin Ingawale giving his talk at TED in February 2012. 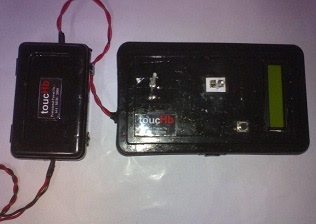 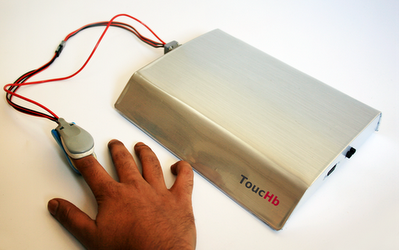 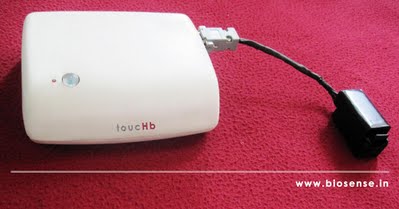