Dabigatran, or Pradaxa, is an exciting oral direct thrombin inhibitor approved by the FDA in 2010 for stroke prevention in non-valvular atrial fibrillation.

Much of the fanfare over dabigatran stems from the absence of a need for frequent INR monitoring, unlike warfarin.

The RE-LY trial (Randomized Evaluation of Long-term Anticoagulation Therapy), published in NEJM in 2009, showed that, in patients with atrial fibrillation, using dabigatran 150 mg twice daily was associated with less stroke and systemic embolism but similar rates of major hemorrhage when compared to warfarin.

However, because of its relatively recent approval, many clinicians are not as comfortable prescribing dabigatran as they are prescribing other anticoagulants.

Moreover, reversing anticoagulation from dabigatran can be more complex than reversing warfarin or heparin. Developed by Dr. Paul Harper, a New Zealand hematologist, and published by HealthObs Ltd, the Managing Dabigatran App debuted in February 2012 for the iPhone/iPad, to help healthcare providers prescribe and manage dabigatran. 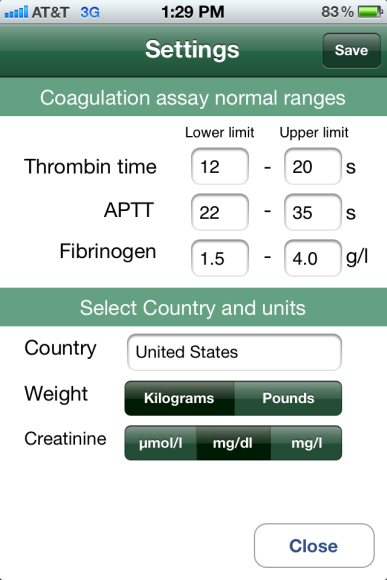 On its start screen, the Managing Dabigatran App allows users to input location by country to assist with units and normal ranges for coagulation assays (thrombin time, aPTT, and fibrinogen). 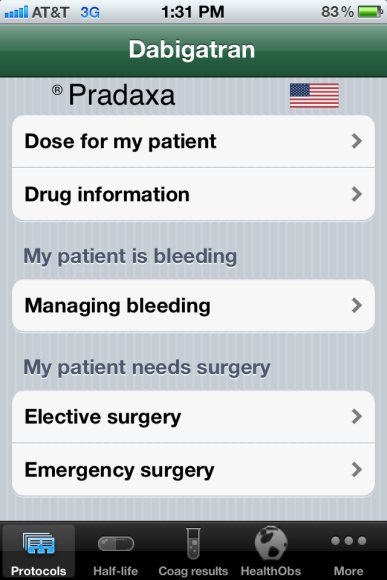 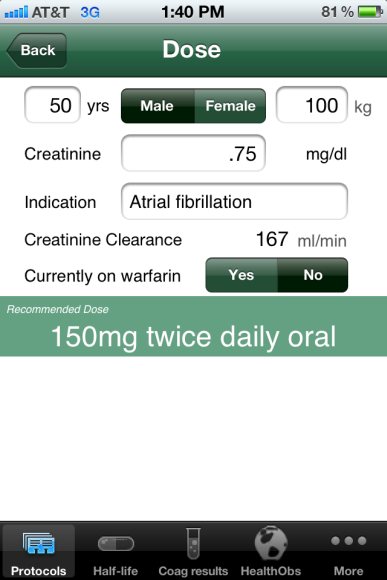 The dosing function allows healthcare providers to input age, gender, weight, creatinine, indication (atrial fibrillation or orthopedic prophylaxis), and concurrent warfarin use to find the recommended dose of dabigatran for a particular patient. 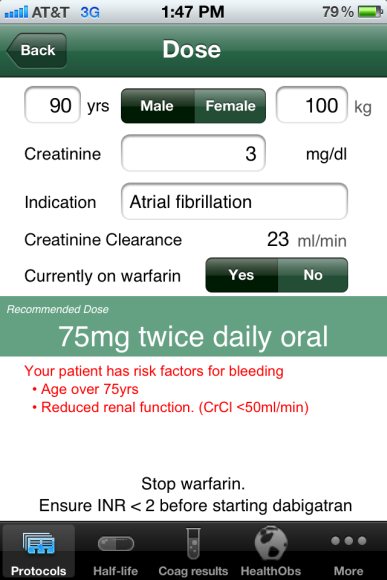 The dosing function also lists any potential risk factors for bleeding, such as age >75 years or creatinine clearance <50 mL/min, as well as instructions to stop any concurrent warfarin and ensure the patient’s INR is <2 before starting dabigatran. 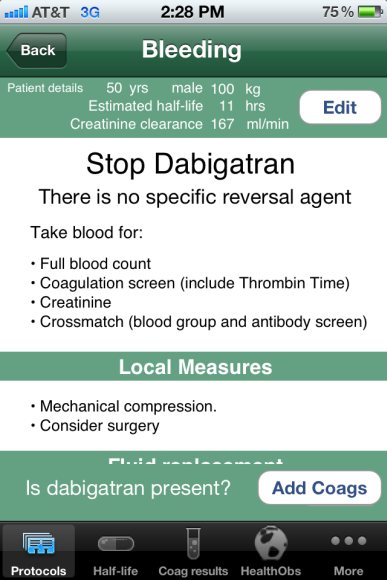 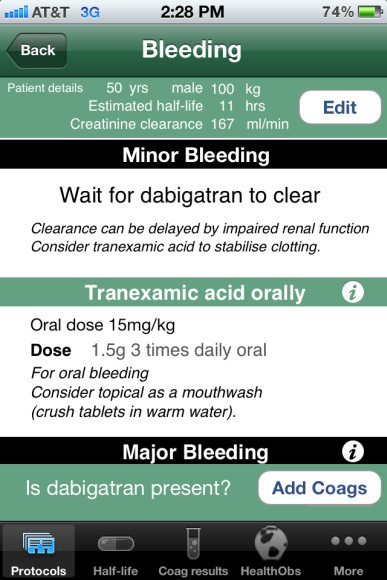 The managing bleeding section assists users with how to manage minor and major bleeding, listing a series of potential medications/interventions, with further information for each option. 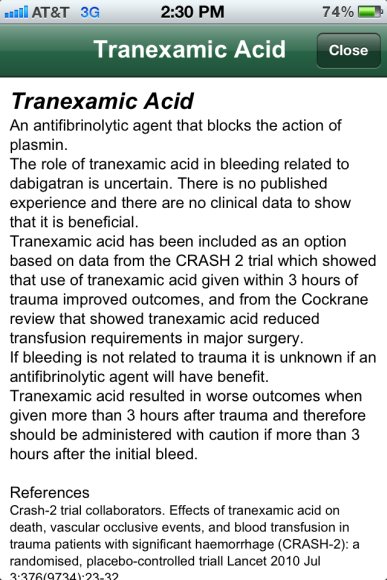 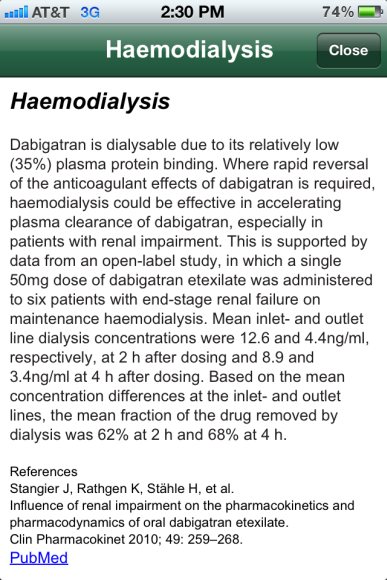 A noteworthy feature of the Managing Dabigatran App lies in its explanations and referencing for various recommendations, as seen in the examples here. These “further information” screens show that the recommendations contained in the app are indeed evidence-based, with studies referenced for further learning.