Visible Body have developed a range of cutting edge 3D anatomical models. They have released popular versions of their anatomical software previously reviewed for both iPhone and iPad which have both been incredibly successful.

They have now brought this popular series to the Mac App Store which is exciting news for physicians, medical educators and medical students everywhere.

The Mac version has the same detailed 3D model which can be completely manipulated and orientated. This freedom to explore a virtual body allows users to understand how all the different anatomical systems fit together. Furthermore, the mac version will allow a number of other useful abilities such as linking to a projector.

The additional screen space offered with a computer has allowed Visible Body to display more relevant information around the image rather than hiding it under a tab. The Mac version still allows all the traditional tools to be used such as hiding/fading structures in order to virtually dissect the body. 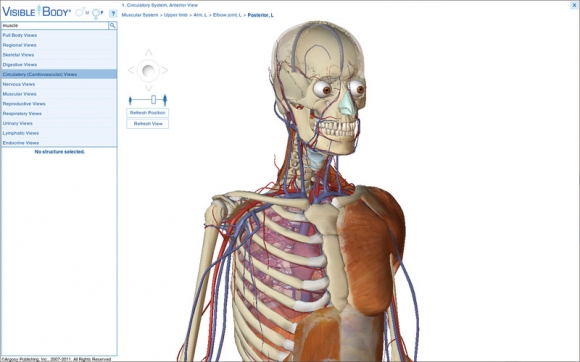