Using a smartphone app to intervene before relapse into alcohol abuse: preliminary results

Submissions for the iMedicalApps & Medicine 2.0 mHealth Research Award are being accepted until March 7. Details are here 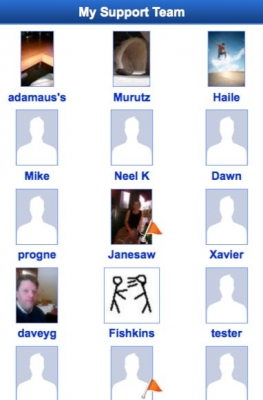 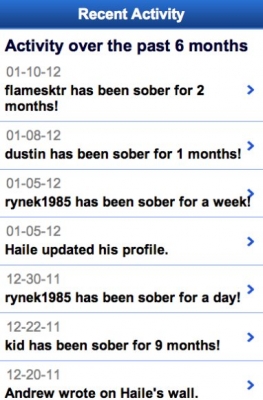 The counselors of A-CHESS users can be alerted to key events (via email or text message) and follow up with a user by logging on to a website that includes survey data, app use data, clinical notes, and messaging services.

Each week, a user is prompted to take a brief ten-item survey designed to track their recovery progress. Our initial intention was to make the results of these surveys available to the user’s counselor via online reports. These reports proved to be a convenient way for some counselors to stay informed and intervene in a timely manner, but the most encouraging implication was not one that we anticipated. Rather, over the course of the clinical trial, it became apparent that the weekly survey items were predictive of relapse via the application of a Bayesian network approach. Following this discovery, additional features were added that alert the counselor, A-CHESS support team, and the user of the impending likelihood of relapse. 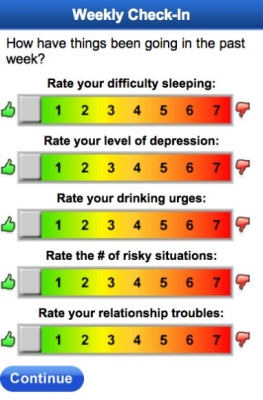 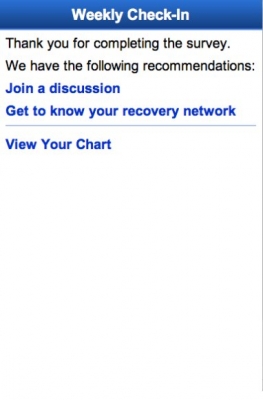 This video demonstrates how several A-CHESS features might support prevention of relapse.

Our preliminary data suggests that A-CHESS users may engage in less risky drinking days than the control group. At four-month follow-up, ACHESS reduced risky drinking days by 40% compared to the control group. Surprisingly, usage analysis found that younger patients (>30) are no more likely than older ones to use ACHESS. The mean numbers of days used is 65 out of a possible 123 and the most frequently used applications are open discussion groups, status reporting, communications with their support team and team feed – a dynamically generated list of recent support team ACHESS activities, such as photos posted, comments, etc.

As encouraging as this may be, the most exciting implication of this work is the potential to map the complex context of relapse by harnessing the wealth of data gathered by a mobile device. This raises the question of what combination of application engagement, location data, ambient sounds, acceleration, speech detection, keyword searches, etc. might be combined to create a sophisticated, individualized model that predicts relapse with unprecedented accuracy. What about other behavioral health spaces that might benefit from such context mapping? What kind of preventive measures or just-in-time interventions should be deployed if/when we are able to model these behaviors with such great accuracy?
Perhaps we can learn from the sophisticated tailoring models used by online advertisers or electronic retailers such as Amazon or social networks such as Facebook. If we as healthcare researchers had the same depth of understanding of the customer experience, might we facilitate sustainable positive behavioral change? Perhaps applications such as A-CHESS will play a role in turning the unfortunate majority of those who relapse into a minority.

Andrew Isham M.S. is a researcher at the Center for Health Enhancement Systems Studies at the University of Wisconsin – Madison. Dr. David Gustafson is the director of the center. The author would like to acknowledge the diligence and creativity of the development team at CHESS – Haile Berhe, Leah Thomas, and Adam Maus.

Have you published mobile health research that you think would be of interest to iMedicalApps readers ? Drop us a line to get it published on this site