Cambridge, MA-based Ginger.io (@ginger.io) was selected as one of three grand prize winners at the SXSW Startup Accelerator in Austin, TX this week. Ginger.io, which was born out of the MIT Media Lab, develops mobile applications that use mobile phone usage to passively infer an individuals health condition.

I had a chance to interview co-founder Anmol Madan (@anmol_madan) at the mHealth Summit and he described the company’s platform as the “human check engine light”.

Another winner was FunF, also born at MIT and which describes itself as

an extensible sensing and data processing framework for mobile devices, developed at the MIT Media Lab. The core concept is to provide an open source, reusable set of functionalities, enabling the collection, uploading, and configuration of a wide range of data types. 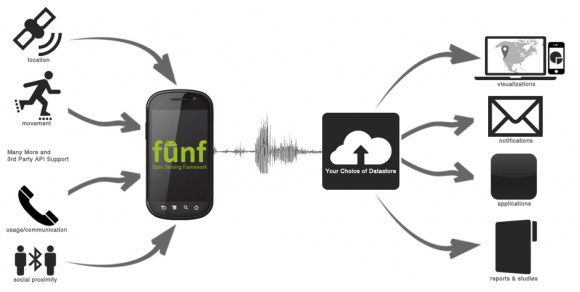