Apple held a media event in San Francisco today where they introduced the new iPad. The new iPad is set to be released in a number of countries on March 16th and brings a number of updates which will signifcantly appeal to the medical community.

The primary update is the addition of a new high resolution ‘retina display’. This 9.7″ screen has a resolution of 2048 x 1536 which is sure to appeal to to the wider medical community. Radiologists will now be able to view images in unrivalled resolution on a mobile device. Regular physicians will also find the increased graphics resolution useful when reviewing images on hospital systems. Given the importance of medical imaging in the diagnostic process, today’s announcement will help propel iPad adoption. 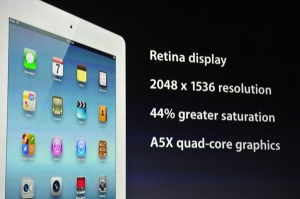 In order to power this increased resolution, the new iPad has an A5X processor which is quad-core meaning apps will run quicker. Initial reports suggest that this iPad will ship with 1GB of RAM which means the overall ease of use, multitasking and switching between apps will be improved. Furthermore, the faster processor could help with screen sharing and remote control apps (e.g. Citrix) and remote virtual apps (e.g.OnLive) which could open up more tablet EHR options. The improved graphics processing capability will help improve 3-dimensional modelling such as that seen in the Visible Body or the NOVA anatomy apps. 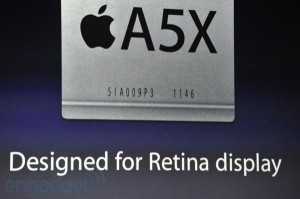 The next major feature announced today which will impact physicians is the introduction of voice dictation. Whilst Siri is noticeably absent from the new iPad, there is now a button which allows the user to dictate. This obviously has numerous medical applications from recording patient notes and entering data into EMRs to dictating letters. It will be interesting to see if the voice dictation feature can cope with medical terminology although regardless, data entry speed is sure to be enhanced. This introduction of voice recognition also paves the way for Siri integration in a future update. 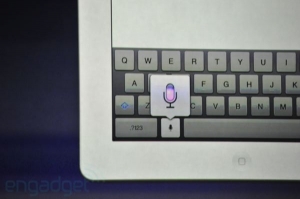 There is an enhanced five MegaPixel camera in the new iPad which is similar to the one found in the iPhone 4S. The enhanced resolution of this camera combined with the improved graphics processing in the A5X chip means that the iPad has the potential for improved integration and usage in telehealth care. The new iPad has the ability to record video in 1080p HD resolution which would offer increased resolution in a telehealth care setting. 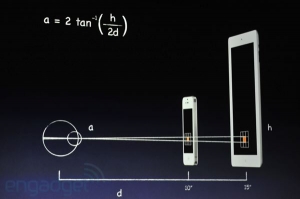 The final major feature announcement is that the new iPad will have high speed 4G LTE internet available on both major carriers, Verizon and AT&T, although you will have to purchase a specific iPad depending on your carrier. High speed internet combined with the increased graphics capability and camera resolution is sure to have numerous applications in telemedicine and mHealth in general. 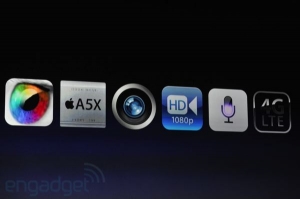 Overall todays announcement cements Apple’s position as the leader in the tablet market and thus iOS for medical software. The new iPads improved graphics capabilities and display resolution will appeal to medical professionals given medical imaging is an integral part of the care pathway.

The new Apple iPad is available from March 16th and will cost the same as the current iPad. The 16 GB is $499 32GB is $599 and 64GB for $699 whilst the 4G versions cost $629, $729 and $829 respectively. Pre-orders start today. The iPad 2 will continue to be sold with a price drop which means we may see further adoption by hospitals and family surgeries who can integrate the iPad into existing workflows for patient data and patient education.