AirStrip Technologies is often talked about as if they are a startup, when in reality they are far from what I would consider a startup.

The company first received FDA approval for their products in 2004 when they were strictly made for the desktop.

However, it was truly the rise of mobility that followed the launch of the iPhone, and subsequently the iPad, which put AirStrip on the map following the release of AirStrip OB in 2007.

iMedicalApps senior editor Felasfa Wodajo, MD, has covered the development of AirStrip extensively, including a great profile of the company’s products and business model in early 2010. AirStrip Cardiology was one of Apple’s top iPhone Medical Apps of 2011 . Apple has even featured AirStrip’s apps in their national commercial marketing campaign.

AirStrip was founded by Cameron Powell, MD (@drpowell777) in 2003, who was a practicing Obstetrician at the time. The company’s move into mobile forced him to leave his practice and devote his full energy to the company and the hard work it takes to get FDA approval for each separate application in different patient verticals, from cardiology to neurology.

Dr Powell explains his vision for AirStrip in his bio on the company’s website:

“There is a serious worldwide concern regarding the shortage of healthcare providers. The problem is projected to become worse in the next decade. AirStrip Technologies directly addresses this issue with a system that expands the ability of doctors to care for more patients, more closely.”

It is this mastery of mobility that has driven AirStrip’s growth and has established it as the leader in using data to connect physicians to patients. It is also what has driven companies from Qualcomm to HCA to aggressively seek partnerships with AirStrip, as well as invest privately as equity partners in the company’s success through their respective venture arms Qualcomm Life Fund and HCA Health Insight Capital.

The Qualcomm Life partnership will allow AirStrip to leverage the new Qualcomm 2Net platform to take their software beyond the hospital walls and into patients’ homes. 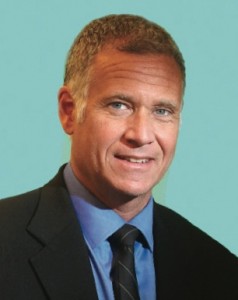 AirStrip has also demonstrated its ability to think ahead when designing its products, as evidenced by its recent partnership with Diversinet, which provides government certified mobile security solutions that will enable AirStrip to provide its applications to military and other government clients.

I interviewed AirStrip’s CEO Alan Portela about these high profile deals and his vision for the company’s future, and I must say I found in Mr Portela something of a kindred spirit. I share his passionate belief that the adoption of advanced mobility will lead to a need to add more jobs at health systems, and high-paying sustainable jobs at that.

The potentially positive impact of mobile health on the job market is one of the key arguments for adopting these products at large provider groups, but I do not believe entrepreneurs emphasize it enough when pitching their products.

This theme was at the heart of Mr Portela’s message, which is one of several reasons I think AirStrip has what it takes to be on the shortlist of mHealth companies poised for public market listing within five years.

The YouTube video below features some great physician testimonials gathered from various local news broadcasts across the country, and continue on to see the transcript of my conversation with Alan Portela.