The popular NOVA series by 3D4Medical cover a range of systems and anatomical areas and have all recently been upgraded to version III.

This significant update has brought better quality visuals, integrated animations, and audio features among a range of other features.

Skeleton System Pro III has been updated in collaboration with Stanford University School of Medicine and features an in depth look at the skeletal system. This app will appeal to a range of medical professionals ranging from student to educator.

The update to version III has seen a corresponding update to the graphics of the skeletal model which are impressive and approaching a photorealistic standard. The model can be manipulated using the standard NOVA swipe gestures which allow the user to rotate, cut and move the model. Navigating around the various parts of the skeleton is simple and straightforward. Although, I found it quicker to use the ‘Map’ tab which listed all the anatomical views in a useful expandable menu. 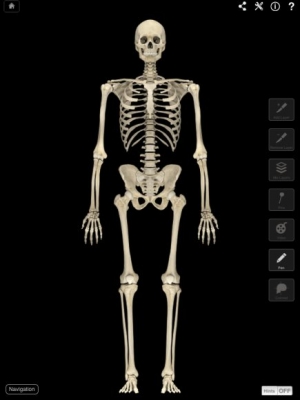 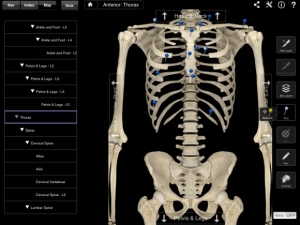 Perspectives of each structure are available in a range of views including the cardinal planes as well as superior and inferior views. Overall, the user interface is very impressive due to its simplicity. Visual learners will quickly grasp the gestures required to quickly change the view. 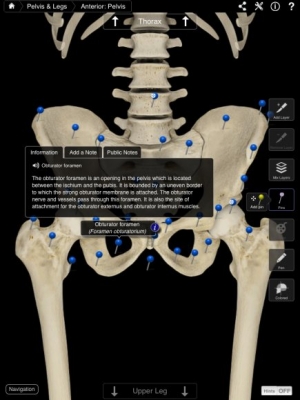 The number of pins in the model is impressive and covers all the main skeletal features students are expected to know by the end of medical school. Each pin contains extra information related to that particular structure and often contains extra media such as anatomical movements or 3D visualizations to help identity the specific bone. This update to the NOVA series also sees the introduction of social note sharing which allows custom notes associated with each pin to be shared with other users of the app. 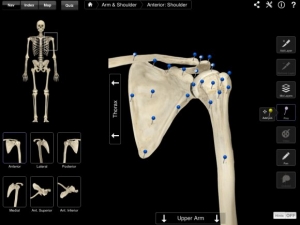 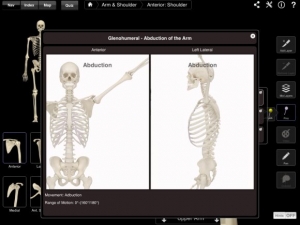 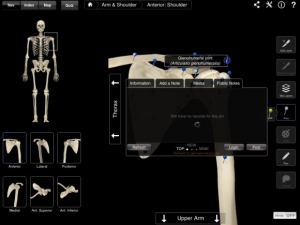 Further integration of updated NOVA features include a pen tool to annotate screens and an updated quiz function which includes a ‘drag and drop’ style interface. I was impressed with the attention to deal with complex skeletal structures such as the spine and individual vertebrae. Little touches such as the Netter style coloring of the skull indicate that this is a quality app.

Skeletal System Pro III could be confidently used as the basis of skeletal learning. The ability to annotate and share screenshots mean this app could also be used to build up a complete set of skeletal notes. 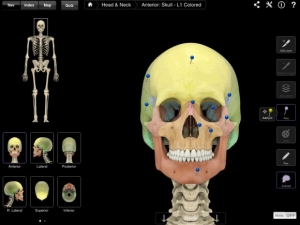 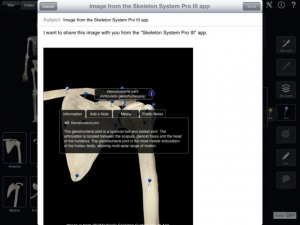 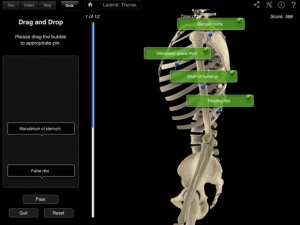 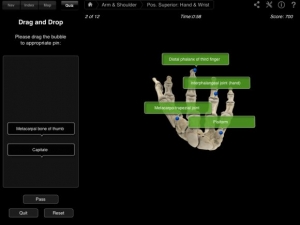 The app also contains information related to ligaments, although, there is a disappointing lack of muscular information. This information can be found in the companion NOVA app, Muscle System Pro III. While there is some informal information related to muscle attachments given with some pins, the lack of an overall muscle attachment view is perhaps an oversight. Thankfully, Skeletal System Pro III does not suffer long loading times experienced by some of the companion NOVA apps. 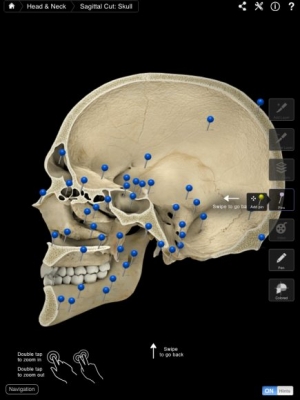