There has been a lot of hype surrounding the long-anticipated adoption of Near Field Communication (NFC) technology by smartphone manufacturers, with most of the excitement centered around using the technology to enable mobile payments.

However, no industry stands to benefit from and thus be revolutionized by the ubiquitous adoption of NFC sensor technology more than the health care industry, and no company is better positioned to take advantage of NFC than Washington, DC-based Gentag. Gentag co-owns the core patents for NFC technology with Motorola, which is likely to become a very valuable piece of intellectual property in the long-term. But Gentag isn’t just sitting around waiting for the big boys (e.g. Samsung, HTC, LG, etc.) to decide its time to start embedding NFC technology into their phones – they are developing their own low-cost handsets in partnership with European semiconductor developer NXP.

Gentag is doing major things and is very well positioned for the next generation of mobile devices to hit the market. Read my interview with the CEO, John Peeters below and share your comments about Gentag and NFC technology in the iMedicalApps Forum.

While NFC and Bluetooth are both short-range communication technologies, there are significant differences between how the two operate and the capability of each. NFC operates at slower speeds than Bluetooth, though it also consumes less power and does not require pairing between devices. An example of a potential application is the image above, where a simple, zero-power, NFC patch is worn on the skin and, once a body temperature threshold is hit, an alert is instantly transmitted to a mobile device.

I was first introduced to Gentag while attending the mHealth Summit in Washington, DC this past December when in between sessions my colleague, iMedicalApps Editor Felasfa Wodajo, MD, came out of a meeting looking like a kid who just saw all the presents under the Christmas tree. Felasfa instantly connected me to “the guy” who makes the sensors, John Peeters, CEO of Gentag, so I could follow up with a more in depth interview. 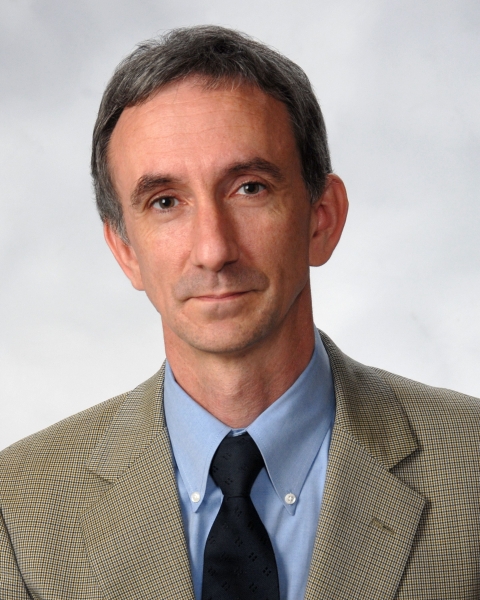 BTE: Tell me a little bit about Gentag and your business model.

John Peeters – We patented the core NFC (Near Field Communication) sensor technology in 2003 jointly with Motorola and we have 10 issued patents and 61 pending. Our business model is to license and custom build the sensor technology for our partners and let them run with their individual markets. Our partners take care of the FDA requirements, clinical trials, marketing, etc. Using this model allows us to maximize the market opportunity.

BTE – How soon do you foresee NFC technology becoming ubiquitous?

John Peeters – 2012 is the year where NFC will take off. We are already seeing all of the major cell phone makers, including Samsung, Nokia, LG, RIM and others integrating NFC into “smart phones”. However we see a market gap in what is referred to as “feature phones” (low cost phones), so we are designing our own NFC feature phone model to address that gap. The tipping point for NFC is likely to be Apple. There are strong indications that iOS 5 will have NFC technology, and once Apple has the technology the floodgates for the NFC markets will open worldwide. We believe we are on the verge of a market explosion for the technology. It has been very interesting to watch how markets and demand for our technology have changed over the past few months.

BTE: Where do you anticipate will be the early vertical markets in which you will be deploying your products?

John Peeters: If you start with the basic NFC technology early applications are likely to revolve around medication, patient visits, patient discharge, and essentially tying a unique ID to anything you want using cell phones – a medical record, a picture, or a specific medication – those are simple no-brainers. Consumer markets that are non-FDA regulated will be early adopters. We are getting numerous requests for individualized custom solutions, such as continuous diabetes monitoring or custom sensors for orthopedics. Eventually, we see the technology migrating to highly customized sensor solutions based on each person’s individual genome.

BTE: So you guys really want to put a sensor on everything health care related?

John Peeters: We believe this is where the market is headed. NFC is essentially like disposable Bluetooth, it is going into cell phones, is very easy to use and meets international ISO standards which means that we don’t have to develop different standards for each sub-market. It is a bit like creating unique barcodes for doing intuitive things, but taking it to the next level and doing intuitive things with sensors. So not only do we authenticate, geolocate, eliminate manuals and other things, you also know the status, the condition, whether or not an item (e.g. a drug) has been opened, etc.

BTE: So you have mentioned the fact that some NFC applications can be performed with no power source, but what are a few applications you are working on that do use a battery?

John Peeters: The power comes from the cell phone. NFC tags actually don’t need any power, they are basically called passive tags that do not use a battery. We are adapting this technology to make passive quantitative sensors.  A number of medical applications can be adapted to passive technology. For example, a sensor to detect if a bone fracture has moved after surgery can be a passive battery-less sensor.

BTE: What if the iPhone 5 doesn’t have NFC technology built in?

John Peeters: The technology does not even need cell phones and can already be used with any PC with a USB reader. There are currently five ways to solve the problem you have posed: (1) purchase a phone other than Apple that already has the NFC technology built into it, (2) purchase an Apple approved retrofit for the iPhone to allow you to use NFC with the iPhone (e.g. the iCarte), (3) use an NFC USB reader on your PC, (4) use a Bluetooth – NFC wireless converter or (5) integrate an NFC reader chip into a custom device.  We believe that the NFC technology is going to be out there everywhere. Those companies that understand the trend for NFC will be market ready. As the writing is essentially already on the wall, things have become incredibly busy for us.