In the initial review of Surgical Intern Survival Guide , we concluded that the app was a simple starting point that could help the fresh surgical interns get their bearings.

In the few months since our review, the authors have given the app a facelift, in both appearance and content.

The app’s updates are apparent from the home screen. Along with some notable additions in categories, the organization of the app has also been improved. In the previous version the home screen was cluttered, and seemed thrown together.

The reorganization now includes more subcategories, but allows the app to flow in a more logical manner from the home screen. The tabs at the bottom of the screen remain the same, with improvements in some. 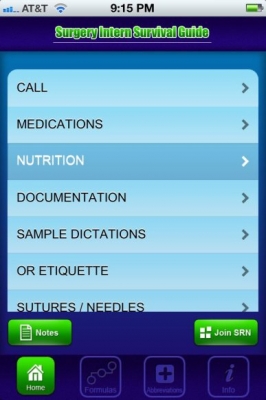 The new categories are geared more towards surgical interns; Sutures/Needles, Basic Instruments, Meshes. These categories along with the new OR Etiquette section are especially useful for those, such as medical students, who are new to the surgical realm. 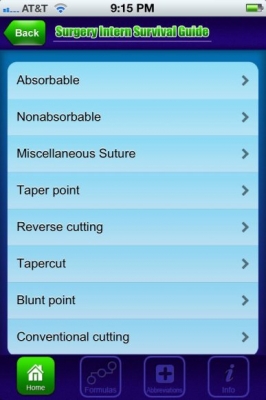 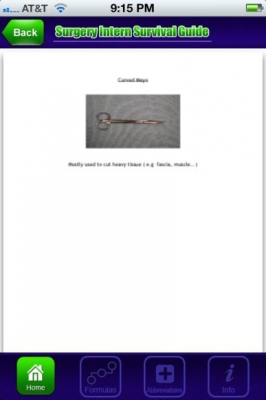 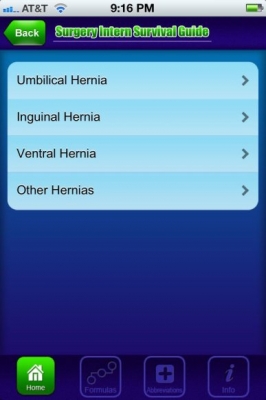 There is also a new ability to create and save notes within the app. 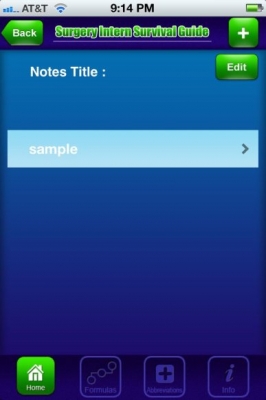 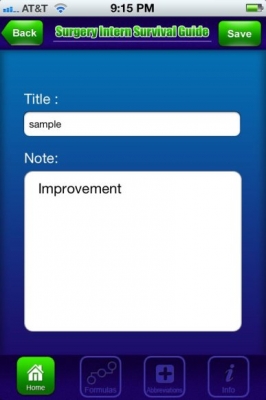 The content of the app is now a bit more comprehensive, ranging from more topics in the “Common Floor Calls” and “Sample Dictations” to the previously mentioned new topics. (As a side-note, the Sample Dictation section can be used as a base to understand the step-by-step procedure that is to be performed. This is really a great way for any medical student to gain insight into surgical procedures.) 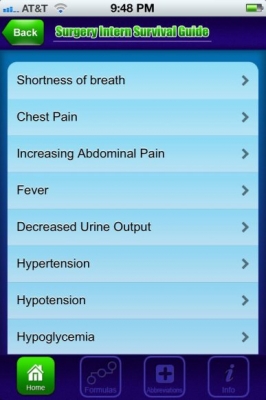 In the initial version, the formulas tab only contained 10 formulas. There is a mild improvement, with an attempted expansion in the number of surgically relevant formulas, criteria, and calculations presented. But the section remains purely a list of these formulas, with peculiar choices; from very broad (Cardiovascular with basic physiologic formulas) to very specific (MELD Score/Childs Classification). 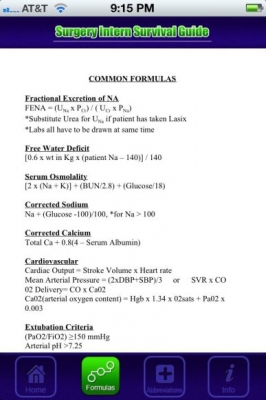 The authors also addressed one of the main concerns in the previous version; the formatting. There is a notable improvement in the layout of the text portion, however the newly introduced instruments (images and captions) required some zooming and manipulating on the iPhone.

The iPad version is similar, but as expected, the larger screen helps with reading text, and the instrument images and captions seemed better suited to view on the iPad during the review. 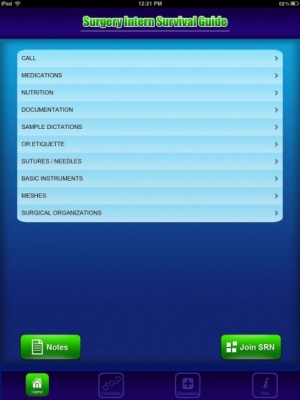 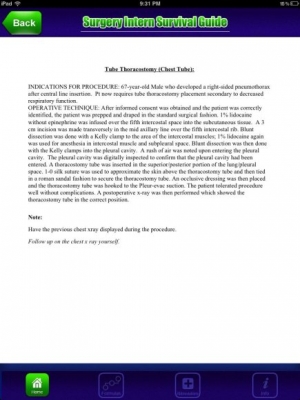 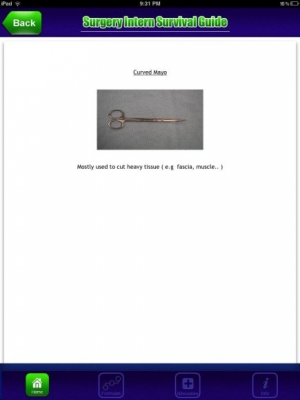 Inclusions that would improve the app: