One major contributing factor to the skyrocketing cost of health care in the US is the high rate of readmission among patients.

The study also found that patients failed to see a primary care physician within two weeks of discharge, a step that can often help avoid readmission and improve outcomes.

Pipette (@usepipette) is using mobile technology to try and address this problem and enable clinicians to keep close tabs on their patients during the critical 30-day period following discharge from inpatient setting. Their mobile application suite, which covers 100 percent of mobile devices using a variety of SMS, native apps and web apps, enables clinicians to passively capture crucial patient feedback regarding their day-to-day recovery.

The goal behind Pipette’s platform is to provide payers and providers a system that reduces costs, improves patient care and enables a reliable and effective method for improving patient compliance and outcomes. The best word to describe the company’s platform is “empowering”, both patients and clinicians, to take control of the recovery process. 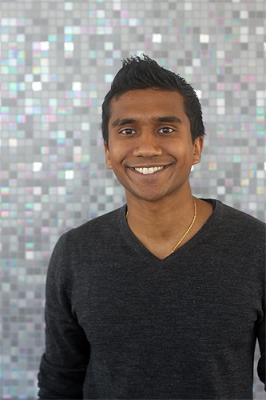 Pipette was a member of the first class of startups at the Rock Health incubator and one of the few in that group with a clinical orientation. Co-founders Ryan Panchadsaram (@rypan) and Jimmy Do (@jimmydo) saw a clear opportunity to disrupt healthcare and together left their jobs at Microsoft and jumped into the startup scene of Silicon Valley.

I believe there is tremendous value in developing mobile applications that passively collect crucial, context-specific patient data that is otherwise only recorded in clinical settings, so I was thrilled to have a chance to speak with Ryan and hear his vision for Pipette.

See my conversation with Ryan below:

BTE: What is the inspiration behind Pipette? What exactly is the technology you guys offer?

Ryan: The inspiration for Pipette comes from what is lacking in the healthcare system today. When a patient gets discharged from a hospital the care team has no idea of what is happening with that patient when they are at home, no clue if they are actually making progress toward recovery. What we wanted to do was build tools that would empower a patient during their recovery and enable care teams to see how a patient is recovering.

We entered the Rock Health program back in June with an idea and a small prototype of it and we were able to iterate on that idea and build a product over the last five months. The Rock Health partners helped us understand what the pain points were and how to approach the space. What we ultimately created is a platform to monitor a patient post-discharge that coaches a patient in the right direction and if things go wrong with the recovery we are able to notify the care team.

BTE: So these are apps you guys are developing?

Ryan: You can think of them as apps because they run on a patient’s phone, but our technology is special because it runs across all platforms including iOS, Android, laptops, desktops, SMS and we have spent a good amount of time making sure we can reach as many devices as possible. We learned pretty quickly that if you just build for one platform its not sufficient for healthcare. When you build a health solution, you need to reach the majority of the patient population.

BTE: So what are the next steps for you coming out of the Rock Health program? Do you plan to stay out in the Bay Area?

Ryan: The next step for us is kicking off these pilots. It’s an exciting time for us because we’ll be actively working with a few of the Rock Health partners to trial, iterate, and improve our product. Essentially, we get to act like a consumer startup in healthcare, which is incredibly rare. My co-founder and I will be staying in the Bay Area. We were living here before we started Pipette when we worked at Microsoft in Mountain View, so we will definitely be staying around here.

BTE: So do you guys just collect patient information about pain thresholds or do you collect other patient data as well?

Ryan: We try to collect all of the information necessary to make the patient’s next doctor visit more meaningful and we also try to take that information and use our technology to predict valuable things on the hospital side. For instance, we can tell the hospital which six patients need attention now, then we tell them the five who, if they have time, they should call and check up on because they are not going in the right direction. So there is a lot of information that goes into our technology, it’s not simply a data collection tool, there is an intelligence element to it.

BTE: You mentioned earlier that you had one idea in terms of who would pay for your product going into the Rock Health program and ended up learning you needed to take a different approach. What helped to help you learn that lesson?

Ryan: Going into it we thought doctors and hospitals would be our primary customer. We assumed they would jump at the opportunity to better communicate with their patients, I mean, why wouldn’t a hospital want to provide a higher level of care? During the first couple months of the program we had a chance to talk to mentors, as well as conduct a series of interviews and we started pitching it as a communication tool between doctors and patients and it wasn’t getting the doctors excited, it wasn’t getting the administrators excited. They were like, ‘well, we don’t want to introduce more forms of communication because there are other channels for it, why would we want to add this extra burden?’

Through that understanding we had to reassess what problem we were actually trying to solve. We determined it wasn’t really a communication problem but rather we were solving for this event that happens, or the complication that happens. We realized that the people who felt the impact of these complications the most was the payer group as well as the consumer, the patient themselves, since they are the ones who actually feel the pain and have to be readmitted to the hospital. So just being able to have a bouncing board and being able to iterate our pitch in these early days of the Rock Health program helped us create the offering we have today.

BTE: So that is a big part of the value proposition of the Rock Health program, giving you access to all of the people you need to talk to while you work through your business model?

Ryan: Right, and knowing we were wrong in the first week in the program was invaluable! Every decision we have made while developing our product was the result of feedback we received from those early conversations and interviews. We were really able to identify specifically what problems needed to be solved.

I would encourage future Rock Health companies to take a step back in the first month when they are here and really question what they are doing and the fundamentals behind it. When you enter a three month program, you are running full speed the whole time and don’t really get that extra time you need to question what you are doing. The fact that Rock Health has a five-month program allows you to get that time and really do that self-assessment.