As was covered recently, Qualcomm’s 2net Platform looks poised to make a major impact on medical device connectivity and allow for the creation for new kinds of health applications and businesses. One great example which shows the power of allowing application developers to “outsource” end-to-end connectivity is the Macaw app. It aggregates data from multiple types of devices and sensors to build an individualized “prevention” score based on accepted clinical evidence for the user.

At last week’s mHealth Summit, we had the opportunity to sit down with the Qualcomm Life leadership team, including Rick Valencia, VP & General Manager, Don Jones, VP Global Strategy & Market Development and Anthony Shimkin, Senior Director Marketing, to learn more about the evolution of their new health subsidiary, the goals for the 2net Platform and their plans for the future.

What led you to launch a new subsidiary, Qualcomm Life?

Qualcomm has been promoting the concept of bringing wireless into the medical device arena for a long time. The original efforts go back close to a decade. We think we can really make a difference and we think wireless technology can certainly make a difference in providing greater access as well as lowering the cost to healthcare. 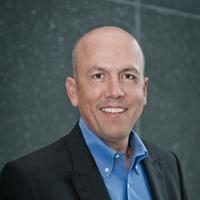 We actually were originally part of what you could call an incubator within Qualcomm and at a certain point it didn’t fit any longer. The health division was under a separate group at Qualcomm Labs, another sub-division, and most new businesses are brought up under it. So we were brought together under this Qualcomm Labs organization and when we reached critical mass in terms of internal funding and progress towards our launch, we were graduated out, if you will, about a month ago into a separate subsidiary.

The word incubator means different things to different people. For the companies under your umbrella, are you investing in them, are you providing them with technical resources, providing space ?

Yes, to all the above, in different forms for different companies. So a number of the companies in our pavilion at the mHealth Summit are companies that we’ve made investments in. We’ve announced the Qualcomm Life Fund, which has already made five investments in later stage companies and we will continue to make more investments with a $100 million fund.

It’s been a danger for a while that there is a lot of technology looking for a problem.

Don Jones: Actually, we have been involved over a long period of time in getting research institutions going, in getting standards bodies going, whether it is policy, investment, education, we even have a master’s program for physicians in wireless health at the Scripps Institution. These are all components of a larger ecosystem so that when the many companies show up, and increasingly large Fortune 500 companies are showing up, we want to make sure the assets are there in the marketplace to turn to.

That makes a lot of sense. I see that you have partnered with Rock Health, what is your relationship ?

Rick Valencia: They throw great parties (laughter). We are one of the sponsors of Rock Health. We were among the first round of sponsors and we will continue sponsoring them. They focus primarily on health apps, and in our ecosystem we expect to be bringing in a number of service provider’s application developers. We hope that the developers will see the value of an open platform with all the access to these streams of environmental data and they will start writing interesting applications.

You made that job easier. Is there a particular size or type of company you are looking for to partner on 2net ?

Come one, come all. I mean, we are really looking for any size, it’s really about the need and we think we can fulfill a need that small and large companies have. Small companies don’t have the capital to do what we’ve done, to accomplish what we’ve accomplished with the 2net Platform.

Big companies in some cases already have deployed something but the operational support costs and that whole new line of business that they’ve never understood, moving from healthcare – the medical device arena – into the telecom arena, it’s not easy. So we’ve met with some of the biggest companies in the world, and they’ve told us point blank, “we are drowning in the operational support costs of managing [telecommunication], that’s because we didn’t really quite realize what we were getting ourselves into when we started.”

So, having built the 2net Hub as an FDA Class 1 MDDS Device, it makes it lot easier for these big medical device companies to simply pair their medical device [with the 2net Hub] to enable connectivity, an otherwise expensive proposition that’s not easy for anyone to do. And so we think that anyone that has that opportunity to develop the right model, to deploy a wirelessly enabled medical device, we think we can support them big or small.

Do you think this threatens any existing business models?

I don’t particularly think so, I mean, certainly there will be companies that perceive this to be competitive or that have their own ideas around some sort of similar concept and view it as competitive.

Don Jones:  I’ll tell you what it threatens. I think it threatens non-connected medical devices. Going down the road five years from now, it won’t make sense as a manufacturer of a FDA or CE class device to have to deal with the complexity of establishing a connection with an end user. There are going to be too many reasons why you want connected devices. We are at very beginning of this evolution.

What types of information will be stored on the 2net Cloud ?

Well, the simple answer initially is that our customers are the device manufactures. Each one of them has their own business model, their own desire for the data and the presentation of the data, and they’re going to dictate to us where they want that data to go. And so, we can offer the data up any which way they want to and in any form they want and to any place they want it to go. It really just depends on our customers’ need.

The platform also stores data, not just passes it through. What happens if one of your partners goes belly up ?

We are passing through the patient identifiable data; we’re storing, aggregated and anonymizing data on the platform. So, the data is the patients’ data – they decide who gets to see it and for what duration of time and how it’s used. We have data rights, assuming that the patient has opted into whatever solution our customers have developed and have passed on to us. So, we’re only storing anonymized data.

Don Jones: If you jumped ahead, it is quite possible that there will be applications that will be developed that will give permanency to that consumer. That consumer will have another option for storing their data. Another way of answering the question is that we are disaggregating the data from the devices. The software industry can come in and write cool applications based on that data.

Tell me about the 2net hub. It is a cool device but it is obviously a fixed-point device. Is there still a large home-based market ?

Rick Valencia:  Yeah, we think so. And we think that also, unless there is requirement for 7/24 mobility especially for existing devices on the market, it probably makes better sense to pair [medical devices] with some sort of gateway device as opposed to embedding [cellular] technology. Embedding technology means a new development process.

Some of these devices were designed to be in the home for five, ten years. And so taking it back through a new development cycle is very expensive and time consuming. It means another FDA approval process and that’s just very expensive. This is a really quick-to-market solution for medical devices that exist today; if [devices] don’t require that 7/24 mobility, if they have store-forward capability, [users] can be up and about and [when they get home] it will upload whatever data is collected.

[The 2net Hub] is one of four gateways. The other three include embedded technologies, so we have a team that does nothing but provide engineering services to our partners to help them figure out how they get that technology in their devices, and we are also building two virtual hubs: one that would reside on the phone and pass data to our back-end platform from the phone, and another that would connect with someone else’s back end. So it’s a system to system connection. But we get all this data in one place.

What are the other goals of Qualcomm life ?

So, we are announcing launch of the 2net Platform in the U.S. at [the mHealth Summit] and the $100 million Qualcomm Life Fund. What’s coming next is that this is built to be a global platform and Qualcomm has relationships around the world with virtually every [wireless] operator. What we want to do is make this a one stop proposition for a customer, so they didn’t have to go country-by-country, carrier-by-carrier and work out their deals. So, we plan to launch in Europe in early 2012 and then basically continue to progress around the world based on our customer’s needs.

So, one device can work in New York and Shanghai, manufacturers don’t have to internationalize their devices?

Exactly. They don’t have to do anything. Let us do that.

How does Qualcomm Life make money from the 2net platform?

Don Jones:  The initial model is a relationship between 2net and the individual device manufacturer. We have a model that is basically per device. That handles the enterprise data management, the device management, data storage and the connectivity costs. In the long run, we think the value will shift to the informatics. It is not an area we have spent a lot of time on yet nor yet have a lot of expertise in. But for right now, and for a number of years to come, this is about getting devices on the net followed by new health software as connected to that medical device data.

So kind of breaking apart the traditional mode – where this software goes with this device- because this device is a data source that can supply multiple kinds of software. That will be the next stage, the evolution beyond that will be heavy duty informatics across devices, across data bases.

Has Qualcomm been in this kind of service business before ?

Rick Valencia:  Our very first business, OmniTRACS, was a truck tracking business that monitored fleets of trucks. We’re leveraging that same platform that was built 25 years ago and this is now processing 12 million transactions a day for healthcare.

Don Jones:  Another way of thinking about it is that we have been doing physiological monitoring – truck, trailers, buses and other kinds of hardware and machinery – around the world for 20 years. So now we are working with [health data]. We are building on that experience and leveraging the infrastructure that is built around the world.

We have to adapt it to a healthcare environment, which has several requirements – FDA requirements, some device requirements etc. but there is an awful lot of experience. Arguably, we are the largest enterprise service provider for end-to-end connectivity in the world. We don’t make a big deal out of it, but it turns out that’s what we are.

The web in the healthcare space is still pretty PC-centric, in terms of access. You see a lot of devices that have to plug into the USB connector in your PC or something in order to get web connectivity. That all has to be freed up.