Interview with Matt MacInnis, Founder and CEO of Inkling

Inkling is in the process of trying to revolutionize modern medical education. In the first and second parts of our series, we examined some of the features that are helping drive the success of Inkling.

In the third part of our series on Inkling, the company developing a range of interactive textbooks for iPad, iMedicalApps brings you an exclusive interview with Matt MacInnis, Founder and CEO, where we explore the initial motivations for this idea and get the ultimate insider perspective on bringing mobile to medical training. 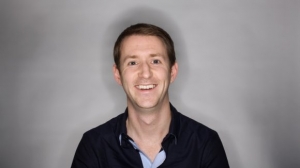 After growing up in Nova Scotia, Canada, I graduated from Harvard with a degree in Electrical and Computer Engineering. I spent about eight years at Apple working in product marketing, primarily in education. I was tapped a few times by execs to build new initiatives and teams from the ground up. After more than two years in Beijing building Apple’s first Asian education group, I returned to Cupertino to establish an international education market development group under the VP of Education. I had a great run at Apple, and I learned a ton before I left to start Inkling.

What is your vision for Inkling as a company?

We’re building the world’s most powerful digital publishing platform. We’re starting with iPad, the world’s most popular tablet device, and producing textbooks, the most difficult type of content you can tackle. And by starting there, we’re covering a huge spectrum of publishing challenges. As we broaden our library of learning content, we see ourselves as a household name among college students, as the preferred source of intelligent, dynamic and interactive smart books for learning. And that’s just where we’re starting.

What first inspired you to attempt redefine the standard textbook?

During my time at Apple, I sat in the back of hundreds of classrooms where we’d deployed shiny new laptops. But no matter how compelling the resources on the laptop, teachers would still ask students to open their textbooks. I always saw it as such a lost opportunity! We’d have spent all this time and energy getting technology into their hands, but the textbook would win out with the teacher. It broke my heart. After talking to a lot of teachers and colleagues, I realized that there was a huge opportunity to help people reimagine the textbook and learning content itself. So I left to start Inkling.

Could you give approximate download numbers for the Inkling iPad App?

We do not release specific information about downloads, but we can share that Inkling textbooks have been recommended or required by faculty at over 60 institutions in the US, and are used at hundreds of schools around the world.

Which medical schools are you partnered with and how are they implementing Inkling textbooks into their curriculum?

Inkling has been adopted by a broad range of medical schools around the country, with varying approaches to implementation. Some schools using Inkling actively include Cornell, Brown’s Alpert Medical School, UC Irvine, the University of Miami, and the University of Central Florida, among others.

Institutional adoption models vary by school. For instance, students at Brown paid for their own iPad and then purchased their own Inkling titles. UC Irvine and Cornell provided both the iPads and the Inkling titles to their students. Inkling works with publishers to provide institutional discounts to schools, and we’re happy to work at whatever level suits the needs of the program. No two schools are alike, and there are models from soft recommendations to requirements to outright school-wide licensing on behalf of the students.

To date, we’ve seen a remarkable uptake in the platform at these schools. We see how many students follow through on recommended purchases, and how much time they spend with their content, and it’s an impressive number. Over 80% of the users we surveyed earlier this year said that they felt Inkling helped them improve their grades, and over 80% have recommended Inkling to their friends. Those numbers are unheard of for digital textbook solutions, so we’re pretty darn happy.