I first noticed Scanadu a few months ago when I ran across an ad on 99 designs soliciting submissions for their logo under the headline, “Reserve a warm place in history by designing Scanadu’s logo”.

The company’s plan is to open their system so users can input data from other company’s sensor devices, then their software will help users understand the impact of their data and offer health recommendations.

Scanadu (@scanadude) was founded by self proclaimed “Body Hackers on a mission to create a mythical device”, or in other words, a couple of middle age Trekkies using the X-Prize challenge to build a “medical tri-corder” as the central mission of their start-up. The tri-corder device is a science fiction gizmo from Star Trek that would be used by doctors to help diagnose diseases and collect bodily information about the patient.

Under each employee’s bio on their website they give a one sentence answer to the question, “Why are you building the tricorder?” CEO Walter De Brouwer’s answer is simply, “Because if I don’t, nobody will”. Clearly the team is not short on confidence.

The company was founded in January 2011 and is led by Walter De Brouwer, a serial entrepreneur from Belgium with deep ties to Starlab and, as we wrote last week, has now raised a $2 million angel round which included Playfish founder Sebastian De Helleux. The company will setup their headquarters at the NASA Research Park in Silicon Valley.

“Sci-Fi stories are business models in disguise,” De Brouwer told TechCrunch. “I have tried to build the tri-corder once before, in 1999 at Starlab, but the technology was too immature.” 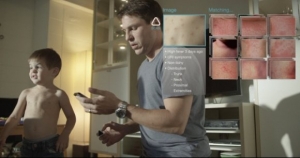 I think the company has a lot of promise, as well as a sound underlying vision to make individuals more aware of their bodies and environment. The company fits in very nicely with the Quantified Self movement and their success will be in making the data they are able to curate from various partnerships truly actionable and clinically reliable. 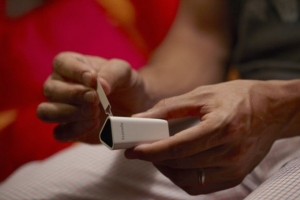 A video demonstration of the what the product can do can also be found in a previous news piece.