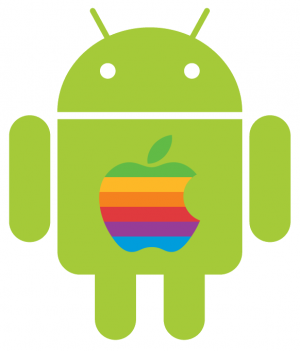 Christian Zibreg recently wrote an article on 9to5mac.com talking about a potential new app, Alien Dalvik, that will allow users the ability to run Android apps on an iPad and for that matter, on any iOS device.

Christian asks the obvious question, “Why would you want to run Android apps on your iPad?”

He proceeds to answer that question as follows:

“Apple’s iOS software boss Scott Forstall said at Monday’s iPhone 4S introduction that about 140,000 out of the 500,000 apps available in the App Store have been specifically created with iPad in mind. Android apps also aren’t as pretty or delightful as their iOS counterparts, but the fact that most are either free or ad-supported should mean something so we expect some folks will give Alien Dalvik a try.”

I do agree with his answer but I think there are probably other reasons why one would want to run apps from Android on iOS. After all, isn’t that what we do currently with Windows virtualization on Macs now that we have programs such as Apple’s own Boot Camp, Parallels and VMWare’s Fusion?

Wasn’t a similar question, that went something like “Why would anyone want to run Windows on a Mac?”, asked with a certain amount of disdain when this concept was first introduced? Now it is widely accepted and even embraced, though I know there are some probably, like me, who shudder at the very thought of running Windows on my Mac (which I have not and probably never will do).

First, I believe that given the current state of tablets, it’s a very relevant question. So far, there has yet to emerge a worthy contender to take on the iPad. HP’s Touchpad came and went (though I don’t know if it ever really arrived). Next, RIMs Playbook also appears to be DOA. The iMedicalApps team previously reviewed the Playbook and found it intriguing, but not a viable solution for physicians.

Then there is Samsung’s Galaxy Tab, its latest version being the Galaxy Tab 10.1, Motorola’s Xoom and HTC’s Flyer (also reviewed). Each has made an appearance and, of course, the latest entry into this crowded field of tablets is Amazon’s Kindle Fire.

The one thing that is clear, for whatever reason, is that these tablets have not been able to make enough of an impression to entice people to buy them. Android phones are very popular, but why has this not translated into the tablet market also? Given the continued interest in the iPad, it makes sense especially from a developers perspective, to open up the Android Marketplace to iOS customers.

The Android market may not have as many apps as Apple’s App Store, but there are many more free apps compared to the App Store as well as various apps that iOS users have probably not heard of. The likelihood that there will be droves of people installing this app on their iOS devices is slim. I agree that there will be those who will at least try this app out as Christian Zibreg clearly points out, and they may find that they like apps from the Android marketplace. 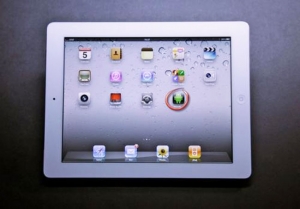 Who knows, it may catch on. In a few years, we may look back as we do now and be surprised that it actually caught on. The downside that I see from my own perspective is the security issues related to Android apps as it is an open market, with malware being a particular concern. This is however a similar, though not identical, issue to what was said of Windows virtualization and that has taken off.

The app, Alien Dalvik, as strange as the name is, has not yet been released and apparently will be demoed at an upcoming CTIA conference. It will be interesting to see what happens.  Stay tuned for future updates on this.

Dr. Nerella is a Physician Informaticist, currently practicing as an internal medicine hospitalist while working full-time in medical informatics. As a healthcare provider who both actively cares for patients and deals with health IT on the frontlines, we are thrilled to share his perspective on iMedicalApps.