Disclosure: I have been working as a consultant for Wave Technology Group since the company was founded in late 2009.


Three million Americans and 50 million around the world suffer from active epilepsy and its estimated that the quality of life of 200 million people worldwide is directly affected by epilepsy, including the family members and friends of those who are living with the disease.

Epileptics have 2-3 times higher mortality rate compared to the general population and are 24 times more likely to suffer sudden death. Approximately 30 percent of these individuals suffer chronic seizures which cannot be controlled using therapeutics. Epilepsy is defined as a history of the disorder plus a seizure or use of anti-epileptic medicine in the last five years.

Many existing systems for diagnosing and monitoring epileptic conditions are bulky, invasive and  expensive, which presents a huge opportunity for a start-up.  By leveraging consumer mobile devices,  Chicago-based software company Wave Technology Group is proposing to replace these legacy systems with a lightweight, minimally invasive, and most importantly affordable solution.

By taking advantage of existing technologies as well as new ones, the platform allows continuous EEG (brain wave) monitoring while the patient continues their daily activities, using cloud services to passively store and analyze the data and detect changes in brain activity.

The combination of physical sensors, communicating wirelessly with a nearby device that collects and transmits the data is often referred to as a wireless body area network (WBAN). This concept has potential application in many disease conditions and is an exciting frontier in mobile medicine or mHealth. Read below to learn how Wave developed its prescription strength ambulatory  EEG monitor.

On the patient-side, data is captured via body worn sensors, which interact wirelessly with a Smartphone app via Bluetooth, and sent to the cloud where it is processed and transferred to a clinician-side app for real-time remote patient monitoring. 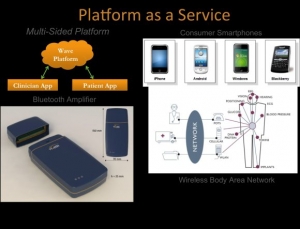 The patient app guides the user through the application of the body worn sensors, which can currently include up to 16-channels of EEG data. Once the patient has applied the body worn sensors, they simply pair the sensors and peripheral device via Bluetooth with the app and go about their day while the data is continuously captured and sent to remote server. 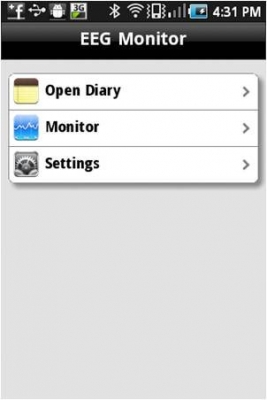 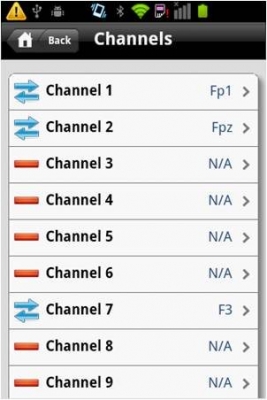 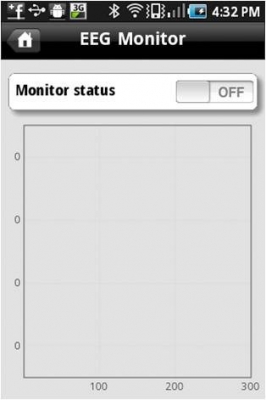 The clinician app contextualizes and visualizes that data for the neurologist in real-time. The physician has access to the patient’s real-time EEG, the patient’s geolocation and the their schedule for the day, which can be synced easily with existing calender applications such as Google or Outlook. 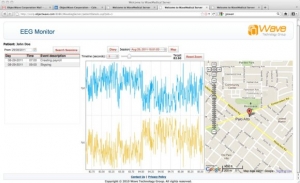 Both the patient and clinician app run passively until an incident is detected or the clinician instigates direct biofeedback with the patient based on their evaluation of the data captured.

One key element of the solution is Wave’s patent-pending SMS Application Handler, which consists of an algorithm embedded on the phone that enables the execution of a process on a remote smartphone using the SMS protocol without any user interaction. An example of the technology would if the parent of a pediatric epileptic using Wave’s technology wanted to locate their child, all they would need to do is send a text message to the child’s phone and instantly be notified of the phone’s location without need for the child to reply. 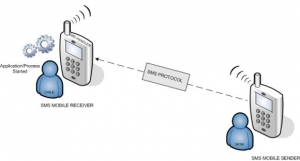 The app is device and sensor agnostic, essentially a plug and play wireless body area network solution that can be paired with any body worn sensors. Future iterations of the app will include biofeedback and auto-seizure detection which triggers an alert and activates an emergency response protocol based on the user’s location.