Hot for the Holidays Award winners announced at CTIA 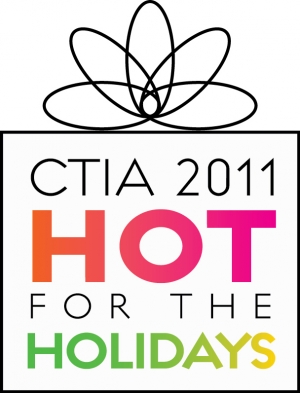 Yesterday marked an important day for winners of  the Hot for the Holidays contest that took place at the CTIA Enterprise and Applications 2011 convention. As previously reported, this event is quite large and gives participants significant recognition.

The CTIA stands for the Cellular Telecommunications Industry Association.  The group is an international nonprofit membership organization that has advocated for the wireless communications industry since 1984. The CTIA is composed of wireless carriers and their suppliers, as well as providers and manufacturers of wireless data services and products.

The CTIA is known for lobbying all levels of government as representative of the wireless industry. They also coordinate the industry’s voluntary efforts to provide consumers with a variety of choices and information regarding their wireless products and services.

This includes hosting the CTIA Wireless trade show, as well as the annual CTIA Enterprise and Applications convention.

The winners at this year’s convention were selected from 10 categories and were whittled down from hundreds of submissions to a list of finalists that turned into just 10 winners. Monty Munford, a noted technology journalist, hosted the awards ceremony on the Exhibit Innovations Stage. Consumers were the ones who ultimately decided the winners and were able to vote for finalists up until a couple days ago.

The categories and winners of this year’s Hot for the Holiday’s competition are:

The “Hottest Web Pick” winner is: WeatherBug for Honeycomb by WeatherBug

The “Hottest in Show” winner is: Hold-free by Hold-free Networks

While the category names appear to be fictional and silly, the products represented are definitely real. Many of the tablet devices, mobile phones and apps listed have implications for the mhealth world. Of particular interest are two categories: Fitness Buff and Health & Wellness Nut.

According to the website, the fitness category encompasses fitness apps, devices, accessories, etc. The Health category includes, “apps and devices to help monitor health, encourage wellness and enhance patient care.” Whether these category winners are medically relevant, though, remains to be seen.

“On behalf of CTIA, congratulations to the Hot for Holidays awards winners,” said Robert Mesirow, vice president and show director, CTIA. “These winners reflect the best, most innovative and exciting products for the 2011 holiday season.”