The ePetri dish, using a smartphone to analyze cell growth 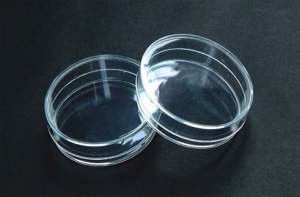 The petri dish, the century old tool that has allowed scientists, clinicians, biologists, medical students and even high school students to culture cells, is finally getting a 21st century upgrade.

The ePetri dish is the brainchild of Caltech engineers who have built a smart petri dish that can digitally image the growth of cells continuously while they incubate. The new technology is a way of simplifying medical diagnoses by allowing scientists to watch cells grow in real time with fewer contaminations.

Typically, a microscope is used to track the progress and development of cells growing in a petri dish. The cells are removed from the incubator for the examination and then placed back once the results have been noted. This step is repeated unti the desired outcome is reached. Unfortunately, that means the possibility of contamination from a foreign agent increases due to the removal from the incubator.

The new ePetri dish alters this workflow process, streamlining and improving cell culture experiments by cutting down on human labor and contamination risks.

“According to team leader Guoan Zheng of Caltech, data from the ePetri dish automatically transfers to a computer outside of the incubator by a cable connection. ‘This technology can significantly streamline and improve cell culture experiments by cutting down on human labor and contamination risks,’ Zheng explains.”

Surprisingly, the mockup of this intriguing new device was built using a Google Nexus S smartphone, an image sensor chip found in most mobile phone cameras, and Lego building blocks. Yes, that is correct, a favorite childhood toy is part of this prototype.

The steps to the process are listed below:

• “The culture is placed on the image sensor chip (pictured).
•  The Android is placed over it on Lego scaffolding (pictured, left). The phone’s LED screen is used as a light source like in a scanner, brightening up the cell and allowing an image to be captured by the sensor.
•  The whole thing is placed in an incubator with a wire running from the chip to a laptop outside.
•  As the image sensor takes pictures of the culture, that info is sent to the laptop, giving the researchers images of the cells as they’re growing in real time.”

The technology is particularly adept at imaging confluent cells — those that tend to grow very close to one another and cover the entire petri dish.

“Until now, imaging of confluent cell cultures has been a highly labor-intensive process in which the traditional microscope has to serve as an expensive and suboptimal workhorse,” says Changhuei Yang, senior author of the study and professor of electrical engineering and bioengineering at Caltech. “What this technology allows us to do is create a system in which you can do wide field-of-view microscopy imaging of confluent cell samples. It capitalizes on the use of readily available image-sensor technology, which is found in all cell-phone cameras.”

In addition, the ePetri dish may be useful for other purposes include drug screenings, detecting dangerous and toxic compounds as well as for basic research.

“Caltech biologist Michael Elowitz, a coauthor on the study, has put the ePetri system to the test, using it to observe embryonic stem cells. Stem cells in different parts of a petri dish often behave differently, changing into various types of other, more specialized cells. Using a conventional microscope with its lens’s limitations, a researcher effectively wears blinders and is only able to focus on one region of the petri dish at a time, says Elowitz. But by using the ePetri platform, Elowitz was able to follow the stem-cell changes over the entire surface of the device.”

We have included a video which outlines how the ePetri dish process works.