First, for the record, I have considered Patrick Soon-Shiong to be one of the greatest living entrepreneurs since I was first introduced to his accomplishments more than two years ago.

I am not ashamed to confess I have developed quite the man crush.

However, my respect led to a desire to learn as much as I could about Dr. Soon-Shiong’s ambitious initiatives in mHealth which has led me to conclude he is driven by a mixture of blind arrogance and extreme naivete; a dangerous combination when mixed with billions of dead presidents burning holes in your pockets. and these weaknesses may ultimately be his undoing.

The first sentence of the press release actually made me LOL:

“Patrick Soon-Shiong, M.D., announced today that he has formed a new company, NantWorks LLC, which will combine several technology businesses into a single entity for the purpose of bringing the digital revolution to the service of healthcare, education, science and the justice system, as well as taking digital entertainment to an entirely new level. Since selling the two companies he founded – American Pharmaceutical Partners in 2008 and Abraxis BioScience in 2010 – he has invested in excess of $400 million acquiring and developing numerous digital technologies.”

I use the word naivete because, lets be serious, it is tremendously naive for one man to think he could understand the health interwebs even remotely well enough to be the architect of the complex dynamic system necessary to accomplish the lofty goals he has set for himself. If he wasn’t so flush with cash from his last two big deals and the fact that he is the only self-made member of the billionaires club, and also a physician, more people would be making the same argument.

California Capital Partners is the private equity group Soon-Shiong has used heretofore as the primary vehicle for executing the $400 million in strategic investments across various mobile health, digital media and gaming startups including;

Then there is the approximate $145 million in grants and research fellowships for multidisciplinary academics focused on developing solutions to manage and make sense from massive amounts of health data which he invested through the National Coalition for Healthcare Integration (NCHI), though the project appears to be on hold.

Finally, in July, the Institute for Advanced Health assumed financial responsibility for National LamdaRail, a 12,000-mile fiber-optic communications network for researchers across the country to give the people something to do at his recent $205 million investment to build and lease for 65 years a massive data center in the heart of Phoenix.

That is an approximate total out-of-pocket investment in various for-profit and not-for-profit activities of $650 million.

The ability to recognize a particular technology to be a game changer instantly upon seeing it is not the same skill as understanding why and ultimately how the technology will translate into a product, which is why Venture Capital firms would not, and could not exist, without the constant flow of new entrepreneurs with disruptive visions.

Patrick Soon-Shiong is attempting a hybrid VC/PE/NGO/Startup model which he appears prepared to manage like a family fund, as a sort of super-entrepreneur, in an industry he has no background in whatsoever. It appears he thinks he has the skills to compete head-to-head with Larry Paige and Sergey Brin (Google), Mark Zuckerburg (Facebook), Jack Dorsey (Twitter & Square) as a digital product visionary, which simply makes me LOL some more.

The press release also boasts about Soon-Shiong’s CTIA keynote from earlier this year;

“Dr. Soon-Shiong, who is a medical scientist and an inventor as well as a physician and surgeon, said his interest in digital technology stems from his conviction that it is the key to the future of healthcare. Dr. Soon-Shiong addressed this fact in his keynote address to the CTIA wireless industry convention in Orlando, Florida in March of this year.”

Brian Dolan wrote a harsh criticism of the presentation, questioning whether the doctor has taken on too much without a clear unifying vision. Lets not forget he phoned in the keynote from California because of a “basketball injury”, clearly a lame and not so subtle attempt to remind everyone he just bought Magic Johnson’s slice of the Lakers and is literally a baller now – but does a baller not show up for the big game because he hurt himself in practice?!?

Maybe somebody should remind Soon-Shiong that just because he now owns the Lakers, doesn’t mean he can use the disabled list to avoid a speaking engagement. If you are a billionaire and healthy enough to phone it in you are definitely healthy enough to sit in a chair on stage. New rule, if you phone it in, you definitely aren’t allowed to reference it as an achievement on your press release (extra deduction if you own a private jet and still phone it in). 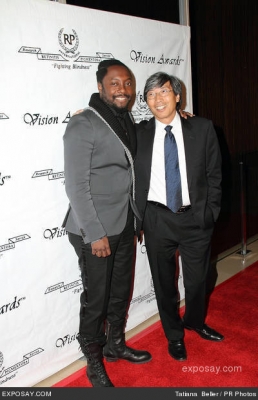 One possibility is that Soon-Shiong probably agrees with Dolan’s assessment and was afraid he would make a fool of himself and hoped nobody would have the audacity to question him. I haven’t seen the presentation and there were enough glowing reviews from respectable folks at the time which I am sure you can find on Google, and we now have a new rule because of the experience, so lets give him the benefit of the doubt.

But as I kept digging I discovered Soon-Shiong’s arrogance is more than purely an attitude, it has become a handicap which leads him to make careless decisions with little regard for the potential consequences. I can look past the arrogance because lets face it, he is the wealthiest man in Los Angeles, but it seems Soon-Shiong is also something of a philanthropic deadbeat. Apparently, he sees nothing wrong with handing out research endowments only to bail on the team once he starts to think he may not get everything out of them he had originally hoped when he issued the “gifts”. Bad form.

I don’t know what Soon-Shiong’s motivations were for abandoning this research, and I will resist the temptation to speculate (for now), but I will say this type of arrogance shows a reckless disregard for his reputation among the very small community of intellectuals and architects whom Soon-Shiong will sooner or later find himself dependent upon if he has any hope of living up to the lofty expectations he likes to set for himself. 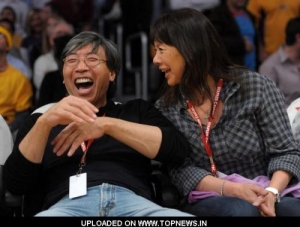 As a pharmaceutical entrepreneur Soon-Shiong probably grew accustomed to building his businesses by burning cash for research and development, which is totally understandable as it is a capital intensive process to bring a drug from the laboratory through FDA regulatory review process and ultimately to market. However, as almost anyone in Silicon Valley could tell you, the greatest web-based businesses are almost never developed by the company or entrepreneur throwing around the most money. If all it took was deep pockets to home brew the type of disruptive innovation and business success achieved by Google on the Internet, Microsoft would have buried Google before the company founded by Larry Paige and Sergey Brin in a garage the day it appeared on their radar.

The problem with the doctor’s grand plan is very simple, which will likely be difficult for him to acknowledge – it might be too late in his career to be the kid in his parents’ garage with the vision and once-in-a-generation skills necessary to break down the barriers facing the immature mHealth marketplace.

Health care will languish in its current degenerative condition until the voice of the next can galvanize the marketplace and convince consumers it’s both smart and cool to pay cash for products and services that are today science fiction to 90-percent of the population. The next Apple or Google does not exist today, but I suspect the next Steve Jobs is lurking somewhere out there just waiting for their breakout moment. And when he/she emerges, Soon-Shiong will quickly realize that all his billion dollars got him was a front row seat for his own methodical deconstruction into irrelevance. The real problem is a lack of young entrepreneurs even thinking about entering the health care market because of the current hype and distraction provided by the social media bonanza in Silicon Valley.

For the last word I would like to acknowledge, for all of his flaws, you cannot say Dr Soon-Shiong doesn’t have the guts to make tough decisions and face the risks associated with mHealth head-on. This is a lot more than can be said for most of the venture capitalists and angel investors in America and for that he should be commended.

Editors Note: In its earlier version, this editorial had made references to Dr. Soon-Shiong’s age. As our readers pointed out, this was unfair and not at all needed to make the points above. We have removed those references and ask our readers’ pardon.