SAP recently unveiled a yet to be named EMR app that promises to give a unique physician-centric face lift to the traditional EMR interface.  The app, which has been in development the past three months, strives to give a full 360-degree, unified view of a patient’s medical history, medications, X-rays, and vital signs. 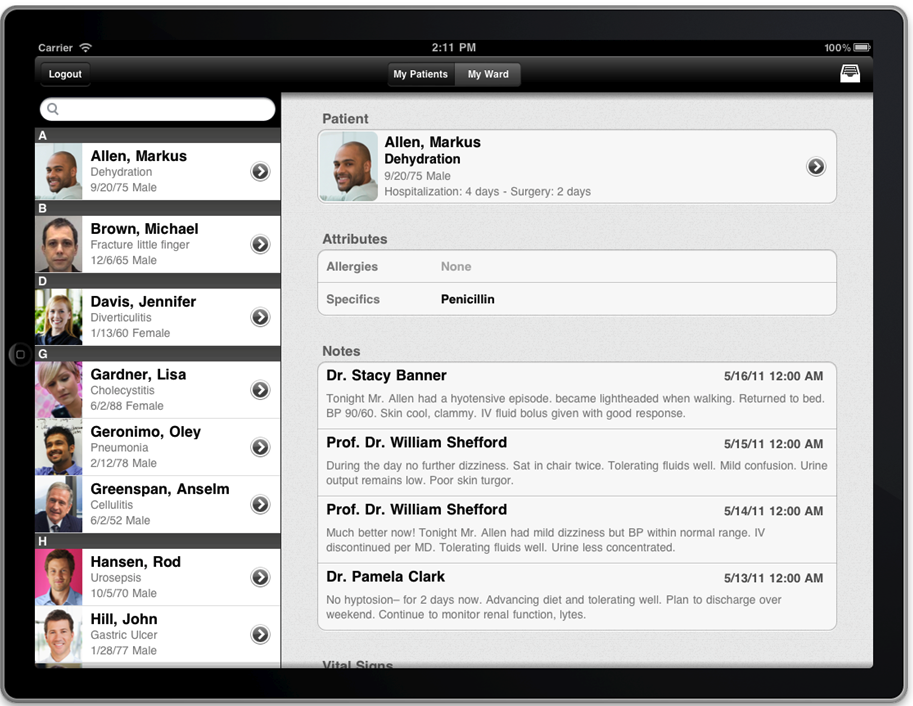 The above picture is the dashboard of the EMR app. Through the dashboard, physicians have access to patient records, a list of medicines taken, pictures of X-rays, medical allergies and even a real-time view of vital signs.

“There’s a lot of talk about how a smooth, slick user interface is an important competitive advantage. In healthcare, however, an easy-to-use, powerful UI is mission-critical. While doctors are often very gadget-y, they are also impatient and too busy to deal with a lot of training. An intuitive UI that easily delivers the right information can actually “save lives,” says Korten, a former doctor himself.”

As can be seen, the developers at SAP have taken great care in designing the layout of the app.  There is even a separate screen that displays a patient’s vitals. 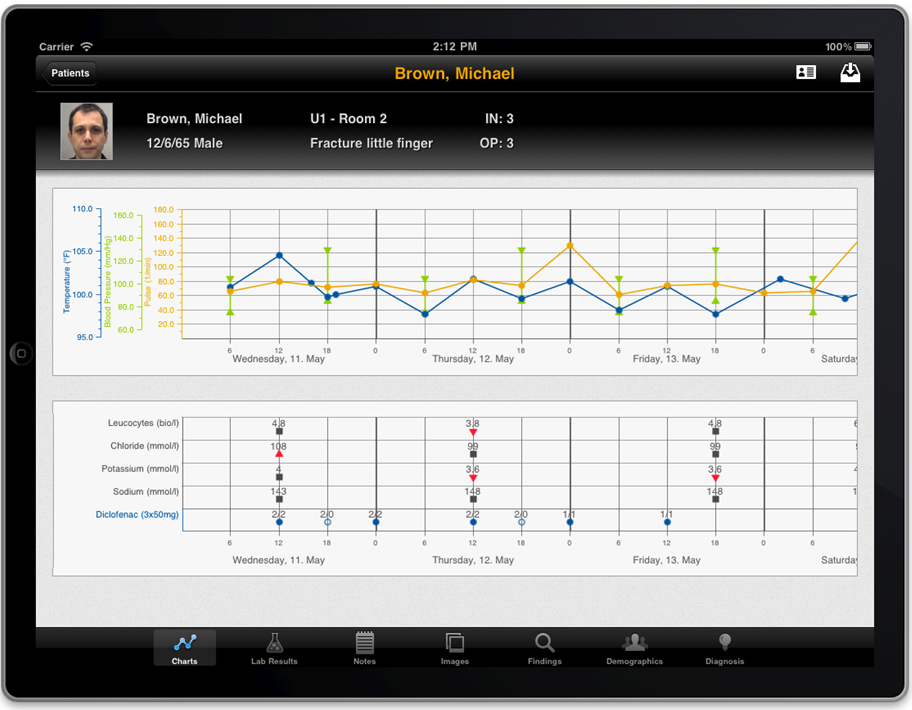 “Doctors can see which indicators are out of normal range (in red), and zoom in and out of the data. The data is sent real-time via Wi-Fi. Indeed, most of the data displayed by 1.0 version of the EMR app is streamed directly from the server, with only small amounts encrypted and cached on the iPad itself, according to Berndt.”

For further reading and diagrams of the software architecture from the source, refer to ZDNet.