NantWorks partnership with Vodafone is a very BIG DEAL

Of course, Patrick Soon-Shiong waits until the day after I questioned his ability to build a billion dollar mobile health empire to land a deal that leads me think he is going to make me eat my words.

NantWorks, the newly christened digital incubator Soon-Shiong has launched in “Silicon Beach”, announced a strategic partnership with Vodafone Xone, the carrier’s new Silicon Valley incubator, to provide the companies and technologies in the NantWork’s ecosystem access to the Vodafone’s global and domestic 2G/3G/LTE networks.

Vodafone is basically the largest mobile carrier in the world. They are the top carrier by revenue and second only to China Mobile by subscribers, not to mention owners of a 45-percent stake in Verizon. The Vodafone Xone is intended to identify and qualify innovative technologies from startups, R&D labs, universities and VC portfolios with the potential to deliver new and innovative products and services to Vodafone’s global customer base. Vodafone Ventures, the company’s investment arm, intends to use the facility to identify potential investments in middle to late stage deals.

Read below to see how this could change the landscape of mHealth R&D among the wireless carriers. 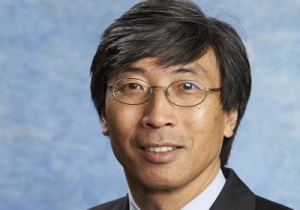 Dr Soon-Shiong in a press release announced: “We are delighted to be working with Vodafone. With Vodafone’s global mobile network, and its partner Verizon Wireless here in the United States, Vodafone is truly a global mobile powerhouse. It is the ideal partner for NantWorks to work with as we develop the technologies that will bring the digital revolution to more aspects of people’s lives, including healthcare and education. I welcome the opening of Vodafone Xone here in California and I look forward to a great partnership between NantWorks in Silicon Beach and Vodafone Xone in Silicon Valley.”

Vodafone Group Chief Executive Vittorio Colao said: “NantWorks is an exciting and visionary company — exactly the kind of partner that we have come to Silicon Valley to work with.”Vodafone seems to view this deal with NantWorks as a partnership that will provide them access to the best US mobile health technologies and startups, a wise and foresighted assessment. For his part, Dr Soon-Shiong has secured himself two very important assets with this deal; (1) access to a virtual lab with global scale and subscriber base, and (2) the first unofficial limited partner in his new hybrid incubator to state publicly they will likely be putting capital to work alongside NantWorks.

Prior to this deal, almost all of Soon-Shiong’s investments have been structured either as hybrid mini-LBOs (leveraged buyouts) or as venture acquisitions conducted in phases and managed under his Executive Chairmanship. One example of a clever hybrid LBO was the recent acquisition of the National LambdaRail by assuming the networks debt obligations and putting the project under the administrative guidance of the Institute for Advanced Health (iAH) at his $200M data center in Phoenix.

NantWorks also launched its website recently under the tag line “building the world the way da Vinci saw it”. Despite its bold moniker, the website offers few details on precisely how NantWorks plans on realizing its bold mission, other than a collection of videos embedded from Vimio which are more of a highlight reel of Dr. Soon-Shiong’s previous accomplishments than a clear vision for why he fancies himself a modern da Vinci.

I still think Soon-Shiong is riding the wave of his previous successes (note the pluralization), but today I must confess I am impressed with both his vision and execution. The partnership with Vodafone takes NantWorks instantly to the next level and beyond, providing companies affiliated with the hybrid incubator access to two major cellular providers (Vodafone and Verizon) and established a crucial link between his Silicon Beach and the heart of Silicon Valley, thus stretching literally from Europe to the developing world.

This is a genius deal with major implications for the mHealth startup ecosystem.

(Author note: Since I foresee my self writing about Dr Patrick Soon-Shiong’s exploits quite regularly, it’s possible I will take the liberty of putting myself on a first name basis with the doctor from time to time because. frankly, it’s easier/faster to think, type and read Patrick, as opposed to Dr Soon-Shiong, and I just wanted to clarify preemptively I mean no disrespect 🙂