It was Health Innovation Week in Silicon Valley and I have followed the events on Twitter with a mix of envy and excitement, so I thought I would share some of the highlights. You too can follow the Twitter conversation here: #health2con

The 2011 Health 2.0 Conference (#health2dev) is being held this week in San Francisco as part of Health Innovation Week in Silicon Valley, with agenda split into four sub-groups:

The conference also featured the Health 2.0 Code-a-thon, which pitted 13 teams against each other in a caffeine induced sprint to create the coolest new thing with the time and resources alloted. A total of six awards were available, three sponsored by the conference host and three sponsored by Novartis as a side challenge. The clear winner of the competition was Team Avande and a device called simply “the box”, which helps clinicians and cardiac patients work together to avoid hospital readmission after a cardiac event. The box was created with a Microsoft Kinect and can be used by a patient recovering from a cardiac event to perform rehabilitation exercises. Total cost of creating the device was $470.

The Body Slam Competition at USC’s Body Computing Lab (Twitter: #USC_BCC ) was won by Lumoback, a company developing a thin, flexible and wireless sensor adhesives that you put on your skin. These LUMOback sensors monitor and measure users posture in real-time and when you are slouching, it sends you small gentle vibrations to your lower back reminding you to sit up straight. 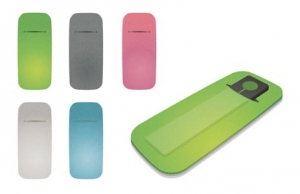 Another event worth at least 30 minutes reading about on Twitter is the Medicine 2.0 conference (Twitter: #med2 ), held this year at Stanford. iMedicalApps contributor Kevin Clauson [posted a brief reflection] on his experiences at the event earlier this week. By all accounts the conference made a very compelling case for mHealth and the various technologies and services empowering consumers to proactively take control of their health. 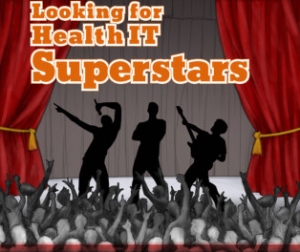 Broadcast on LiveStream.com to an audience of about 350 (yours truly included), the DCtoVC pitch contest hosted by Morgenthaler Ventures and StartupHealth at Microsoft’s Silicon Valley facility showcased investor presentations from the entrepreneurs behind the most promising health IT startups in America. You can follow it here: #DCtoVC.

Series A Winner:
Jiff Inc Jiff Pad is an iPad app that gives physicians the ability to create effective and memorable “teaching moments” right in front of patients, just as they might with a wall poster or anatomical model.

In the video below Rebecca Lynn, Partner at Morgenthaler Ventures and lead organizer of DCtoVC, gives her assessment of the current state of health IT.