This post is part of iMedicalApps coverage of the FDA meeting regarding its draft guidance of mobile medical apps. This two day meeting is an important milestone in the mHealth industry. You can follow the conference at  #FDAmhdef ]

Fragmentation is a frustrating truth in healthcare today. Patient data, order entry, prescription management, billing, and other tools are often separate silos of information, creating unnecessary interruptions and headaches in workflow that waste time and limit effectiveness. As the mHealth industry continues to grow, one of its most promising endeavours is to offer integration across multiple platforms and environments.

However, integration creates interesting challenges as far a regulation goes. For example, what do we do with an app that manages data collected from an AICD/pacemaker device? The current approach suggested by the FDA is to regulate the app as an accessory, meaning it is considered to be in the same class as the medical device with which it is associated. So does that mean that this app is to be regulated as a Class III device, subject to the same premarket approval process as the AICD/pacemaker?

Marc Anderson, of the Juvenille Diabetes Research Foundation, kicked off a session focused on this question with the assertion that mobile medical apps present unique opportunities to improve outcomes for patients managing chronic diseases. One example he notes is the ability for a parent to monitor the blood glucose level of a child with Type 1 diabetes. Jorge Valdes, CTO of Dexcom (manufacturers of a continuous bloodmonitor), adds that the utility of remote patient monitors depends on how often the data is reviewed and acted on. 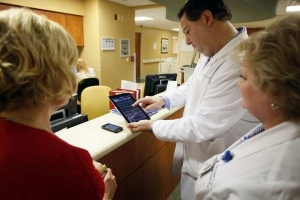 While they currently use a proprietary handheld device for data review, he acknowledges that the smartphone, which is already frequently used by many patients, offers tremendous opportunity for growth. Mr. Valdes further notes that the future expansion of body wearable sensors, which we have discussed extensively in the past, will present interesting challenges and opportunities.

Beyond an app that analyzes data from a single source, he further suggests consideration of medical apps that collect data from a multitude of sources, analyzes the data, and presents new information which may be acted upon. Under the current classification, its not quite clear what the approach to these types of apps should be. Furthermore, when an app groups devices of variable risk – say a weight scale and a pacemaker – one concern is that a low-risk device would be up-classified due to this new association.

One recurring theme seems to be the important distinction in the ability to display data versus actually providing analysis of data. Take a wristwatch which displays blood glucose, blood pressure, or other data that is collected from a body worn sensor. Simply providing the data to the viewer, whether patient or physician, is a very low-risk proposition and therefore may warrant an even lower level of regulation than is currently available. However, if a mobile medical app takes that data and recommends a correctional insulin dose, the risk increases substantially and warrants a higher level of regulation.

Another recurrent theme which again arises in this context is intended use. Bradley Thompson, of the law firm EpsteinBeckerGreen, raises the scenario of a home monitoring system for cardiac devices. In discussions with the FDA regarding the information flow in these systems, one component of the system is a phone splitter. Much as we are now considering where the medical app falls in terms of medical device regulations, the same question was posed then of the splitter with some arguing that the splitter is a Class III device subject to premarket approval and other suggesting it is does not fall under FDA jurisdiction for regulation. 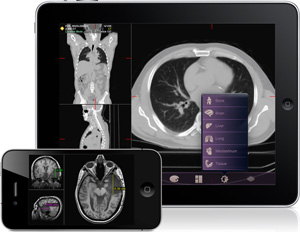 Finally, an additional consideration with mobile medical apps as accessories to medical devices is the ability to control or alter the device itself. Certainly the risk associated with the ability to change an insulin infusion rate or AICD parameters warrants a higher level of regulation. However, as was discussed earlier in the day as well, its not clear that it is within the FDA’s purview to regulate data networks, particularly commercial networks. And if it is, then it is a jurisdiction that is shared by numerous other agencies including ONC, FCC, and others.