Emergency Medical Technologies (EMT) recently published the first single-blinded, phase I study to evaluate a novel, watch-based pulse detection device in the journal Heart Rhythm. The sensor used in the study is EMT’s Wriskwatch, which has the look and feel of a normal wristwatch, but acts as both a motion sensor and a pulse sensor designed to identify a patient in cardiac arrest, and features built-in fall detection and a panic button.

The study included 34 patients 24 hospitalized and 10 presenting for implantable cardioverter defibrillator (ICD) testing. Overall, the Wriskwatch was worn for a total of 561.2 minutes. Pulselessness was present for 5.8 minutes. The sensitivity of the watch to detect pulse status (based on 15 second intervals) was 99.9% and the specificity 90.3%, leading to the conclusion that the Wristwatch is a “novel device that shows promise as a tool to hasten activation of emergency medical systems and facilitate early defibrillation in patients with cardiac arrest”.(1)

About 295K people die from sudden cardiac arrest each year in the US. Death occurs within minutes and often within moments of symptom onset. Cardiac arrest is the abrupt loss of heart function in a person who may or may not have diagnosed heart disease. It may be reversed if CPR is performed or a defribrilator is used to shock the heart and restore a normal heart rhythm within a few minutes, which is where the Wriskwatch(tm) hopes to step in and provide automated alert and maximize potential for lifesaving action to be taken.

EMT markets its device as a personalized emergency response system, but the Wriskwatch has not yet received FDA approval and it is unclear what the company’s ultimate business model will be for bringing the device to market. To me the device is basically the Life Alert wearable emergency response system (made famous by the “I’ve fallen and I can’t get up” infomercials on late night television) on steroids. However, for older folks that live alone and have a high risk of cardiac arrest, the Wristwatch could be the equivalent of an over the counter guardian angel. 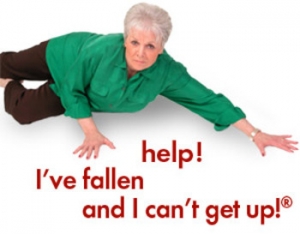 We designed a first in man, prospective, single-blinded, phase I study to evaluate the ability of this device to detect motionlessness and pulselessness in human subjects as a simulation of sudden cardiac death.

Our cohort consisted of 34 patients: 24 hospitalized patients and 10 presenting for implantable cardioverter defibrillator (ICD) testing. We simulated loss of pulse in our hospitalized patients via blood pressure cuff inflation to occlude the brachial arterial pulse at random times in 20 subjects with no inflations in 4 while the patients were instructed to keep perfectly still. Of the 10 patients undergoing ventricular fibrillation (VF) induction during ICD testing, the exact times of VF induction were recorded. A blinded reviewer determined if and when motion and pulse was lost in all patients using only data from the device.

Of 34 patients, 2 had an unusable signal, 1 had device ejection during ICD testing, and 2 had too much motion artifact and were excluded (5 of 34 patients or 14.7% of the total cohort). Of the 29 remaining subjects, 4 had no loss of pulse of which the device correctly identified 3. In the remaining 25 patients, the device correctly identified the time of pulselessness in 23 of 25 (16 of 17 hospitalized patients and 7 of 8 ICD patients). Overall, the Wriskwatch was worn for a total of 561.2 minutes. Pulselessness was present for 5.8 minutes. The sensitivity of the watch to detect pulse status (based on 15 second intervals) was 99.9% and the specificity 90.3%.

The Wriskwatch is a novel device that shows promise as a tool to hasten activation of emergency medical systems and facilitate early defibrillation in patients with cardiac arrest.