Cardiac Images is a great tool for learning cardiac anatomy

A basic understanding of cardiac anatomy is fundamental to approaching almost any cardiopulmonary disorder, from valvular regurgitation or pulmonary hypertension to atrial arrhythmias or myocardial infarction. Given the importance of mastering cardiac anatomy for physicians-in-training, the Cardiac Images App seeks to provide a dynamic mobile cardiac atlas via interactive static images and dynamic films.

Radiologist and computer programmer Dr. Anouk Stein, who released the Cardiac Images app on June 30, 2011, has also created a number of other (mostly medical) apps, including iAnatomy (which we reviewed on the site back in 2009), Mammogram Atlas, Brain Images, iJoints, Flu Tracker, Birthday App, and RadCompanion. The images used in this app come from Dr. Andrew Crean, Assistant Professor of Radiology and Cardiology at Toronto General Hospital, whose research interests include cardiac MRI and cardiac CT angiography, especially as applied to congenital heart disease, coronary artery disease, and hypertrophic cardiomyopathy. The app’s material is intended to be part of the University of Toronto’s oslermed.ca project, which is still under construction under the leadership of Dr. Kieran Murphy.

Read below the jump to learn more about how the Cardiac Images app can help teach general cardiac anatomy. 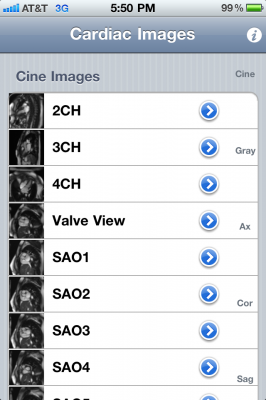 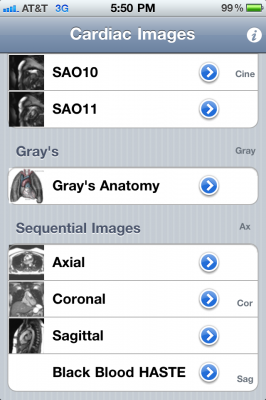 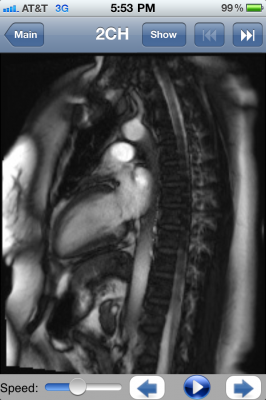 The dynamic films, arguably the most appealing aspect of the Cardiac Images App, display contrast-enhanced cine films of the beating heart within the thorax. An interesting feature lies in the ability of the user to speed up or slow down the films by adjusting the speed bar along the bottom left corner of the screen. The film can also be paused and also navigated frame-by-frame by using the controls in the bottom right corner of the screen. 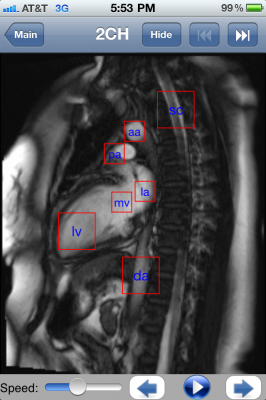 Clicking the “Show” button along the top of the screen displays abbreviated labels for much of the cardiac anatomy shown in the particular film, including heart chambers, cardiac valves, and major blood vessels, when visible. 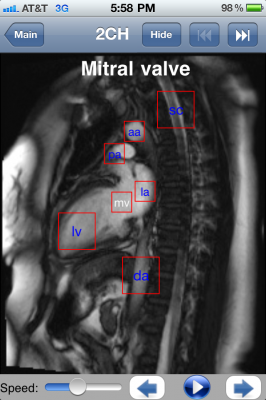 Clicking on a label displays the full text for that particular abbreviated label. 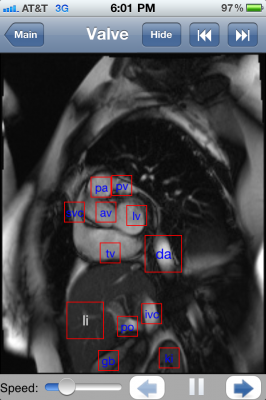 The Cardiac Images app contains 15 different dynamic films, in several different views. However, the films do not allow users to zoom in or pan the films. 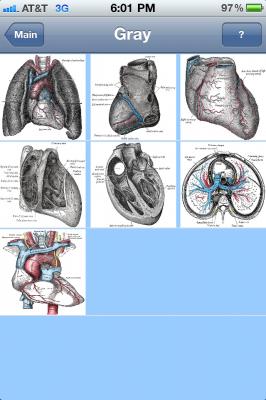 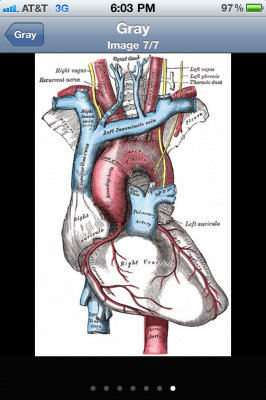 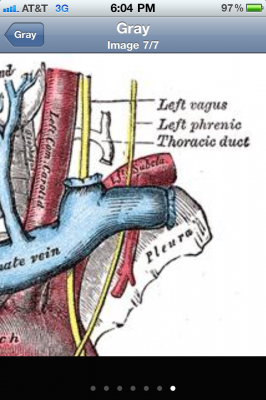 The Gray’s Anatomy illustrations, unlike the films, can be zoomed and panned. 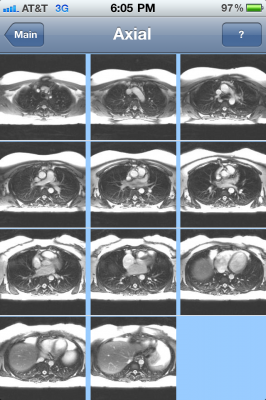 The final section of the app includes sequential images in axial, coronal, and sagittal planes as well as Black Blood HASTE sequences, all organized cephalic-to-caudal, dorsal-to-ventral, or left-to-right. 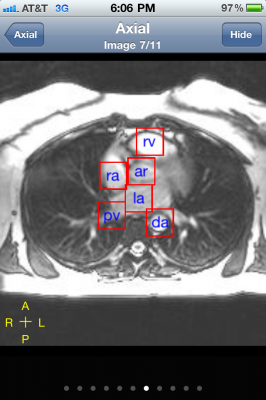 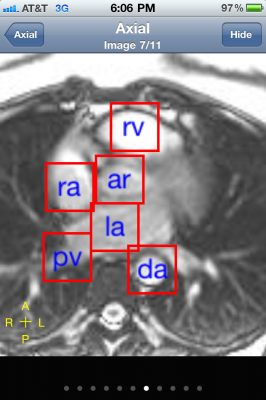 These sequential images also feature the Hide/Show function described above for the dynamic films, and allow for zooming (via 2-finger zooming gesture or by double-tapping the screen) as well as panning. However, the quality of the images suffers somewhat with zooming.