Zephyr Technologies has struck a deal with AT&T to embed AT&T’s 3G/4G technology inside its BioHarness™ wearable biosensor technology. This deal has major implications for the future of the company’s mobile apps, and gives the company a jump-start on its competitors.

Zephyr’s stated mission is to “Measure Life” and they license their products to academic researchers, military, athletes, physicians and anyone else who wants to build custom mobile applications using the company’s wearable sensor technologies and remote monitoring devices.

“With the BioHarness™, connected by AT&T, cardiologists will be equipped to remotely monitor ECGs, athletes will have the ability to share live performance data, and medics will have on-demand visibility into the condition of military personnel – all occurring seamlessly over the AT&T network,” said Glenn Lurie, president of emerging devices, resale and partnerships, AT&T. “Today, smartphones capture Zephyr’s BioData and send it to the cloud for analysis, presentation and health record purposes. By Embedding wireless into the BioHarness™, we’re arming healthcare professionals with the technology needed to access timely data in ways not previously possible.”

The company’s key competitive advantage is the comfort and design of its wearable sensors, as well as the affordability. Arguably, the weakest element of their solution is its mobile app. This deal with AT&T will effectively remove the mobile app from the equation, connecting the sensors directly to the network, thus simplifying use for patients and allowing access to mobile health technologies for patients who don’t own Smartphones.

Zephyr’s Bioharness™ was granted FDA 510(k) approval in December 2010, but the Annapolis, MD-based start-up has been proactive distributing their product internationally, showing itself to be a clear market leader in the wearable sensor sub-sector of the mobile health market and establishing distribution on four continents; North America, South America, Europe and Asia.

One critical reason for Zephyr’s early success was a strategic investment from Motorola Ventures for an undisclosed sum, which provided the company an invaluable partner in the form of a major multinational mobile device company, as well as access to mature distribution channels that penetrate nearly every corner of the world. This network allowed the company to access less regulated markets even before receiving FDA approval. 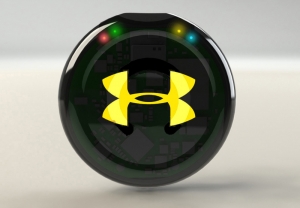 Zephyr’s high profile customers include Under Armor, which embedded Zephyr’s Smart Fabric into its E39 shirt to measure physiological vitals of athletes participating in the NFL combine (see video below), as well as The Department of Defense.

Last week Brian Dolan had an interesting speculative piece on the intriguing question of, “which mobile health start-up will be the first to land a major exit through acquisition”? The conclusion Dolan draws, with input from Zeo Co-Founder and CTO Ben Rubin, puts Body Media at the top of the short list of companies with high nine figure exits on the horizon.

I believe this deal catapults Zephyr into the club of “best in breed” mobile health start-ups and makes them a very attractive acquisition target. Exactly how much Zephyr will ultimately be worth is largely dependent on how they are able to brand and distribute these new products. Could this deal be the key to bringing body area network technology to shelves at Walgreens or CVS?

The video below from Under Armor profiles the E39 device they co-developed with Zephyr and its benefits for high performance athletes.