Medical apps are becoming big business. Epocrates is now a publicly traded company worth nearly $500 million. Medscape is owned by WebMD, another publicly traded company worth nearly $3 billion. Despite the clearly powerful financial factors at play here, the most popular and comprehensive apps are free. Even for fee-based apps, the prices and volumes don’t explain the overall financial pictures of the companies behind them. Clearly the money is not coming from the physicians, medical students, and other healthcare professionals who are using these apps.

In the past ten years, there has been a growing movement to restrict marketing of drugs to physicians by pharmaceutical companies. As a result of programs like the PharmFree project, traditional marketing avenues like free samples, sponsored dinners, and so on have become far more limited. And so naturally, pharmaceutical companies have looked to new avenues through which to reach physicians.

So what’s the connection to your favorite apps?

Epocrates was one of the first medical apps, a mainstay on the Palm devices of physicians over a decade ago, and remains one of the highest quality and most popular medical apps available. In the past, access required a rather substantial subscription fee. However, recent company filings note that the subscription base has shrunk substantially, with far more users opting for the free app. And yet the company is recording tremendous growth. A statement in the companies recent SEC filing makes it clear how:

Through our interactive services, we provide the healthcare industry, primarily pharmaceutical companies, access to our user network to deliver targeted information and conduct market research in a cost-effective manner.

These targeted services include the features that many users have seen develop in recent years. DocAlerts are short clinical updates which can be sponsored by pharmaceutical companies (e.g. Lipitor manufacturer Pfizer sponsoring an alert related to heart disease); the virtual pharmaceutical representative service allows physicians to reach companies for drug samples and product information; formulary hosting for insurance companies allows physicians to identify coverage for medications they prescribe. 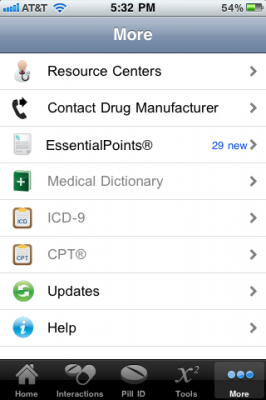 And these activities have been quite lucrative, generating $23 million in the first quarter of this year, nearly four times as much as subscription revenue in the same period. Furthermore, it’s an area we can expect to expand as they note planned offerings for more sophisticated drug sampling services, among other things.

Now this should not be misconstrued as a rant about pharmaceutical marketing or as questioning the integrity of folks at Epocrates – with regard to the latter, Epocrates makes it clear in their filing that the medical content is independently generated and that sponsored content is clearly identified. Besides, as we shall see in Part II, this trend is much broader than just Epocrates. 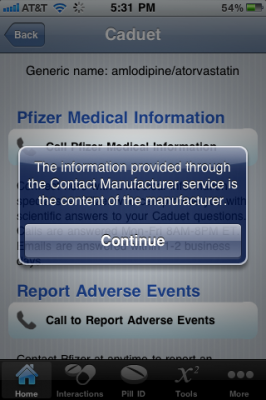 Frankly, Epocrates is an app I use on a daily basis and has been a fantastic, trusted asset. And as can be seen even on our own site, pharmaceutical marketing is present in numerous medical forums.

What this is, however, meant to illustrate is simply that providers should be conscious of the forces at play in medicine. Whether it’s the way pacemaker manufacturers work with cardiologists, the proliferation of same-day surgery clinics while urban ER’s shut down, or the motives behind the $4 Wal-Mart formulary, there are a lot of powerful yet hidden financial currents driving medicine. Unless physicians become more proactive and vocal as industry leaders, we will find ourselves in surprising territory.

One statement in the filing is particularly poignant in this regard:

A key focus of our business during 2011 and beyond is to strengthen and maintain our user network and generate revenue from our interactive services. We intend to devote significant resources to enhancing the clinical functionality of our free offerings and more actively focus our marketing efforts on increasing awareness and adoption of these products and services.

The app is no longer the product – the physicians who use it are.

Part II will look at other popular developers facing similar trends, some of which is quite surprising.