IMAIOS’ mobile application is an atlas of human anatomy for iOS which we reviewed just two months ago.

Although we were impressed, and in fact considered it one of the best anatomy apps in the app store, there were some key drawbacks. The app however has just received a major update fixing many of the issues we encountered and here we will be giving you our second impression.

Our most important gripes with the initial version were the lack of an iPad version, the high price, and the constant need for an internet connection for the subscription-based app. The update addresses all of these issues to some extent.

First, and most importantly, IMAIOS is now also available as an iPad app, making full use of the available screen space. 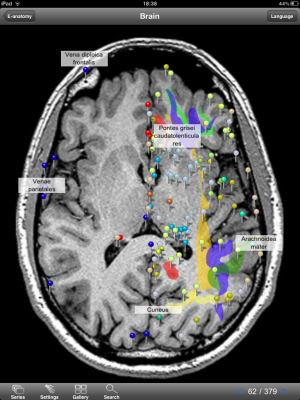 Secondly, the price of the subscription based version of the app has dropped to zero (still requiring a $69 a year subscription). The third point has been partly resolved by making use of the multitasking functions in iOS 4, requiring a login only when the app has completely closed. 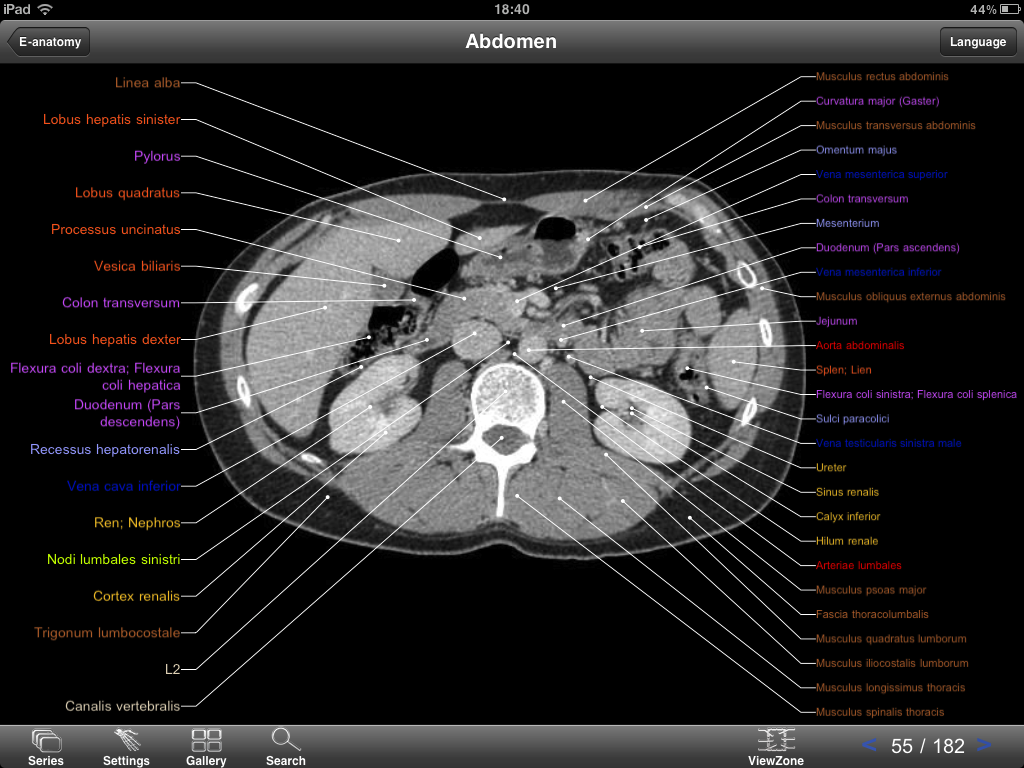 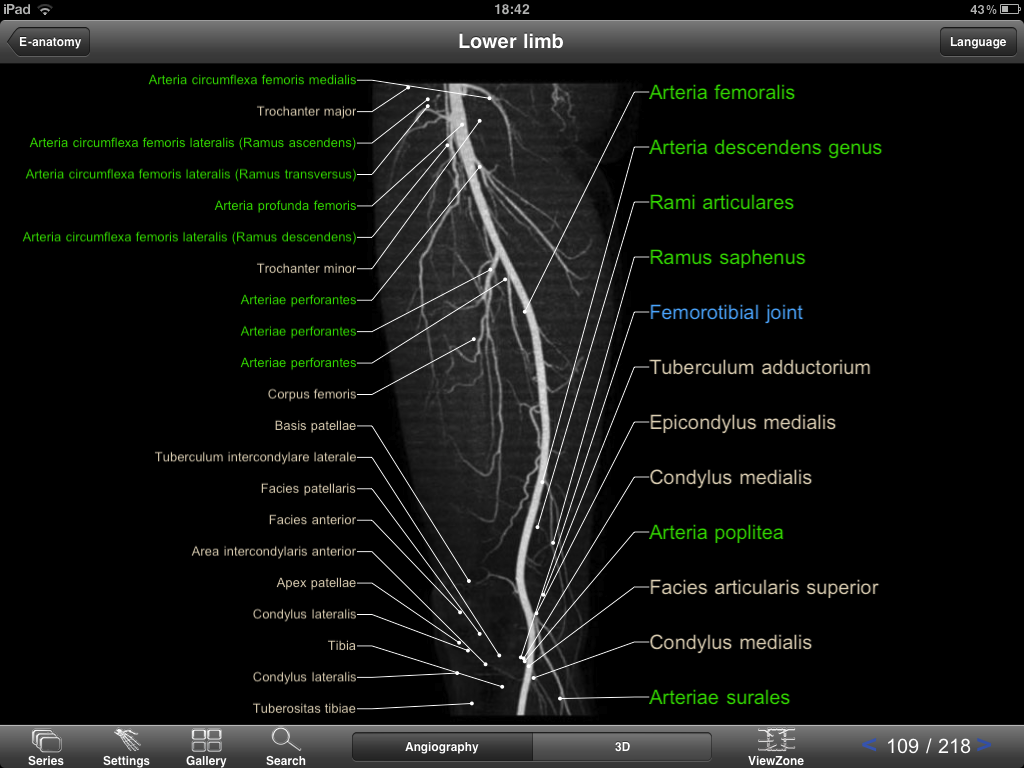 After using it for two weeks, we can say that the updated app is really a joy to use (when used on the iPad). Whereas the previous version felt a bit gimmicky due to the large amounts of information cramped on the small iPhone screen, on the iPad it is perfectly usable.

The images are crisp and clear, and even with over 100 labels in view, it doesn’t feel cramped. In portrait mode the app works just like the iPhone version where label text is only  displayed as you click on them, while in landscape mode, all active labels are shown at both sides of the display, as can be seen in the images. 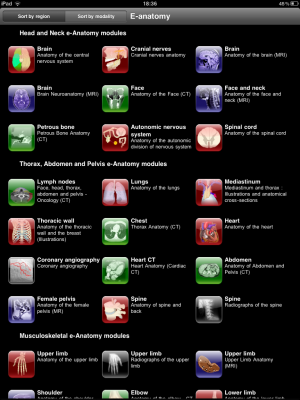 The price drop for the subscription based version is a good thing, as you already need to pay a substantial annual fee. However, more importantly, we can say the iPad version is actually worth the price, contrary to the iPhone version. The large screen makes the iPad perfectly suited for this app and at this point it could replace some of the equally expensive paper anatomy books.

The scrollable CT and MRI images with different types of contrast are something a traditional book cannot provide, giving it additional value in the clinical situation. The new anatomy modules and the decreased download size are some nice extras.

All-in-all this is a very welcome update that  brings a lot of extra value, especially for iPad owners, and strengthens its position as one of the best anatomy apps in the app store. 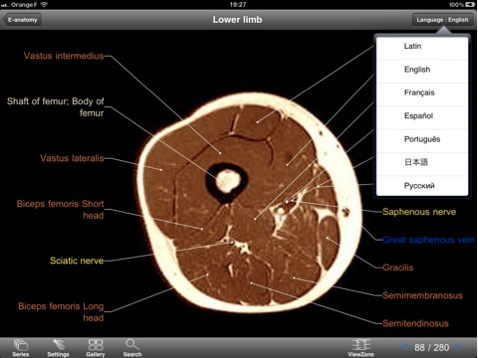 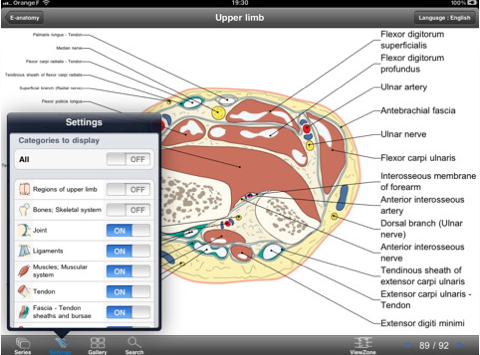