Physicians are no exceptions to the old rule that the only things in life one cannot avoid are death and taxes. Unfortunately, doctors also have to add one more perennial misfortune: malpractice lawsuits.

Nearly 61 percent of physicians age 55 and over have been sued, with nearly one medical malpractice claim filed for every physician, according to a 2010 American Medical Association (AMA) report. For some specialties, it is even worse. Amazingly, ninety percent of general surgeons age 55 and over have been sued. While these numbers are startling enough by themselves, for any physician who has lived through a malpractice suit, no statistic can fully describe the feelings of uncertainity, loneliness and anger that are the queasy byproducts of a doctor’s journey through the legal system.

However, poor outcomes by themselves do not always lead to lawsuits. One Harvard University study found that, while 1 percent of hospitalized patients were harmed, less than 3 percent of those filed a malpractice claim. For one thing, plaintiffs attorneys, paid on contingency, are incentivized to improve their odds by filing more lawsuits. But, it is also notable that there is a clear correlation between a doctor’s communication skills and patient’s likelihood to sue.

This is where Capson, a new and innovative medical malpractice insurer, has stepped in and intends to change the rules of the game. Instead of just waiting for malpractice claim to come in, Capson is aggressively using iPads and other technology to assess patient satisfaction and head off claims BEFORE they are filed.

If you insure with Capson, you will be enrolled in their CapsonCare program. Shortly afterwards iPads, with their survey instrument preinstalled, will arrive at your office. These are handed to patients in the waiting room to tabulate their satisfaction scores in real time. By regularly evaluating your patients’ overall experience, level of satisfaction and red-lighting highly unhappy patients, Capson believes it will reduce your risk of malpractice lawsuits.

Prior to founding Capson … we consistently heard from doctors that they are distracted by the threat, financial risk and emotional impact of litigation. We also heard from patients that they are not only frustrated, but feel intimidated, alone and ignored … Our members are learning so much more about their patients through our technology, and we believe that providing patient feedback to our members will help reduce the number of claims being filed in the first place. 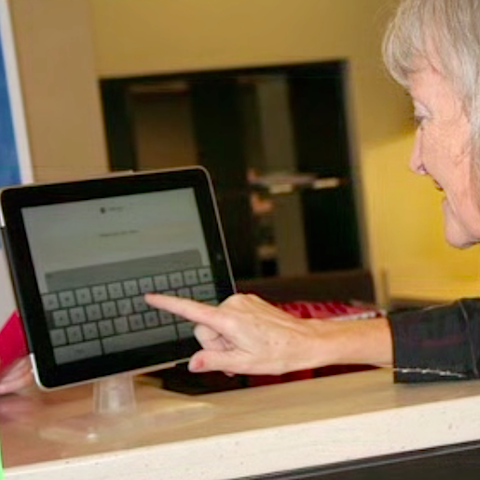 In addition to the innovative CapsonCare program, the company is unique for its quick, on-line policy application and rapid approval. A welcome contrast to the grinding multi-page forms of other insurers.

According to Robyn Alcorta, director of CapsonCare, various approaches were considered to obtain information from patients. Email questionnaires had a 1-3% response rate. Interviews with patients not surprisingly revealed that 90% wanted any surveys completed in the doctor’s office. The iPad seemed like a great fit.

The questionnaire is tiered. After selecting the name of the physician, the patient is led to a quick, six question survey. However, if the patient’s answers appear to indicate dissatisfaction, then a longer survey of twenty two questions is quietly substituted, to help identify the source of the problem.

The iPad app utilizes your office WiFi network or a 3g connection to send the results directly to Capson. A weekly digest is then sent for your review. Patients are asked to identify the doctor they are seeing but are allowed to remain anonymous. Of course, since the time and doctor are known, it can often be surmised. Still, the majority of patients choose to identify themselves – perhaps a telling indication of their desire to communicate with their doctors.

Doctors also have the option to enroll in the CapsonCare program, even if they are not insured by Capson. The monthly fee is $200 and includes the provision of one iPad for every three doctors, , support services, and weekly reporting (no, they do not get to keep the iPads).

The role of doctor communication and patient satisfaction in malpractice lawsuits has been previously studied. Stelfox et al (American Journal of Medicine 2008), surveyed 353 physicians’ patient satisfaction scores and found that those whose in the bottom third twice as likely to be sued. According to the authors, this relative risk held after adjusting for specialty and “panel characteristics” of the physician’s patients. 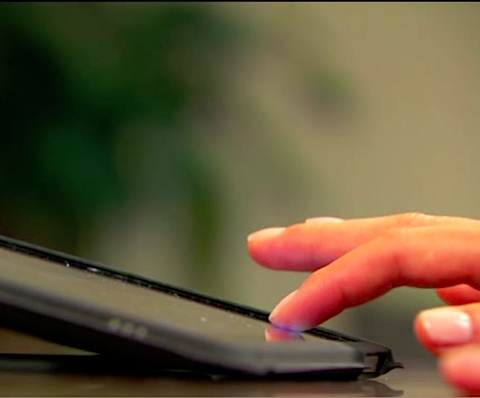 Also interesting, Ambady et al found that a surgeon’s tone of voice by itself is a clue to his or her malpractice history (Surgery 2002). In this study, surgeons were audiotaped during routine office visits and their tone of voice analyzed. Higher scores for “dominance” and lower scores for “concern/anxiety” were both significantly correlated with previous claims history.

HCAHPS stands for Hospital Consumer Assessment of Healthcare Providers and Systems and includes three questions in the doctor communication domain:

Hospitals have been required to report HCAHPS scores since 2006 and the first set of national HCAHPS data became publicly available in 2008. Soon, however, payments will depend not just on participation but on performance. CMS has also released versions of HCAHPS for ambulatory surgery and the clinical office.

The CapsonCare program is interesting in that it leverages the advantages of the iPad to deliver an important service to both patients and doctors. The touch based interaction is self explanatory and non-threatening. The portability of the device allows the survey to be completed at the site of care. The installable app modifies the questions depending on the patients’ answers and can be updated as the survey is refined. Finally, the 3g connection means that the results can be immediately relayed to Capson for tabulation.

All doctors want to provide great care. Perhaps with improved methods of feedback, we can further improve the perception of our care.