In our feature, we actually praised the device, and didn’t dismiss it’s potential — but we stated several reasons why we thought the blood pressure peripheral was overhyped.  We didn’t think they were transformative or revolutionary, as some in the media made them appear, and felt they were great for a niche group, but from a populations based approach — would not have a significant public health impact. 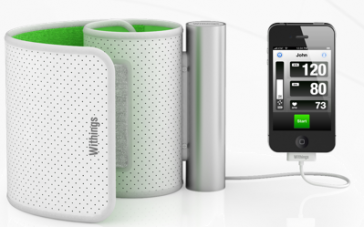 Of note, there was also another iOS device blood pressure peripheral announced at CES by Withings — a rather aesthetically advanced one at that (above picture) — but currently Withings has not started selling the device.