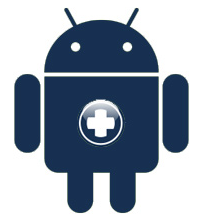 Eight months ago, we published our list of the Top 5 Free Android medical apps. Since that time, the Android platform has expanded significantly.  The buzz surrounding Android — exciting phones, expanding market share, more apps, and even a “Medical” category on the Market — point toward the continued presence of Android in the competition for the hearts, minds, and wallets of health care professionals and students.

Methods: This list was compiled over a one month period, from mid December 2010 to mid January 2011. Initially, iMedicalApps went through the full health and lifestyle category in the Android Marketplace — over 1,000 apps — prior to Android making a separate Medical category for their app store. Once a separate medical category was established by Android on December 23rd, 2010, iMedicalApps went through the complete medical category again. Trial apps or “Lite” apps were excluded in our list.

Inclusion criteria for list: Apps needed to add functionality for health care providers in at least one of the following three ways: Point of care use, medical education, or patient education.  The mobile devices used to make this list were the Motorola CLIQ and the Dell Streak.

Due to the numerous pictures of each app, in depth commentary, and the systematic nature of this list, each app has it’s own page.  Of note, some of these apps will not be available on certain platforms of Android operating systems — especially older phones.

One of the most anticipated apps to hit Android, Health care professionals had been waiting eagerly for this comprehensive medical application. Medscape was just recently released on the Android Market and has already become the number one downloaded medical app for the Android platform.

Medscape is a great drug reference app — but many don’t realize it’s also a mini-textbook packed with protocols for disease pathologies — great for a quick reference and refreshing you medical knowledge. Its not as detailed as the famous Pocket Medicine Red Book — but it does more than an adequate job of providing clinical pearls from the most common to less common pathologies. On top of this, the application has instructional medical procedure videos and pictures.

Most Useful For: Health care professionals and students

We recently did a full review of Medscape on Android.