Back in 2008 I created a “web-app designed for iPhone”, as Apple puts it, to let medical residents view their schedules on MedRez.net using their iPhones. I did this by following Apple’s instructions. I could have created a native app and offered it in the App Store, but it seemed unnecessarily complicated and I wanted to do something quickly. The web-app has nicely formatted pages that fit just right on the iPhone’s small screen and mimics some of the device’s native look and feel.  I submitted it to their web-app directory and they gave it a “staff-pick” for the day. Recently I bought a Motorola Droid which runs Google’s Android mobile operating system, now a major competitor to the iPhone. Imagine my surprise when I tried viewing MedRez.net‘s iPhone web-app on the Droid and it displayed… perfectly!

You have to understand that, as a web-app developer, I spend countless hours pulling my hair out trying to get my desktop web-app to work on everything from Microsoft Internet Explorer version 6, a museum piece of a browser, to Google’s Chrome web browser, the leanest, meanest web surfing machine out there. So when two competing mobile platforms display my mobile app just right without me even trying, I find myself looking for hidden cameras. This is a trick, right?

It’s not. Both iPhone and Android’s browsers use the same rendering engine: Webkit. There is a third mobile OS that uses Webkit in their browser: Palm’s webOS. I went to a Sprint store and punched in my app’s address into a Palm Pixi. The MedRez.net iPhone web-app came to life looking right at home in webOS.

This episode was a neat anecdote at the time, but it has become more relevant in light of recent developments. The iPhone is no longer the one and only modern touchscreen smart phone. Android is taking off in a big way, and HP’s acquisition of Palm gives webOS a hopeful future. Not to be completely left behind, Microsoft revealed Windows Phone 7 and Blackberry is showing that they “get it” by revealing the touch-enabled BB OS 6.

Five mobile platforms: that is the new reality. For mobile medical app developers who wants their applications to be available to the widest range of healthcare professionals, that results in as many as five different Application Programing Interfaces (API) and several different languages to work with if they want to create native apps. For the user, that’s five different app stores to compare to see which offer their favorite medical apps.

In this new world, browser-based mobile apps (aka web-apps or browser-apps) are looking better and better for developers and end-users. Here are four reasons why:

1. BlackBerry is going with Webkit as well

As mentioned above, three major platforms already use the same rendering engine in their browser thus making for a unified look and functionality across those devices. Three is great, but four would be better! And that’s why I was very happy to see that Blackberry’s next OS iteration will include a web-browser powered by… Webkit.

While the Microsoft Windows Phone 7 browser will be based on Internet Explorer 7 (not quite as ancient as IE6, but still a relic by today’s standards) Microsoft has officially embraced HTML5 as the future of the web. Therefore, it is presumably a matter of time before WinPhone 7 gets a modern HTML5 compliant browser, which will bring it much closer to Webkit. And when that happens we will have every major platform (in the US at least) talking the same language.

3. Nobody wants to be a casualty of war

Platform wars happen. Witness how Adobe and Apple are lobbing mortar attacks at each other over Flash. Who is winning in all this? I have no idea but I know some people who are not winning: developers and users. Some users would like to see Flash on their iPhones regardless of how Mr. Jobs feels about it. And there certainly are some Flash developers who could make some very nice apps for iPhone using Adobe’s CS5 Flash development tools if only they were given the chance. The Flash debate is the subject of a different post but one thing is certain: by staying away from proprietary platforms as much as possible, platform wars become someone else’s drama. 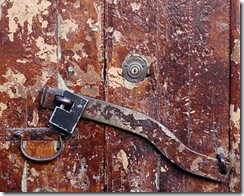 Finally, by embracing web-apps, you reduce lock-in. There are more and more valid competitors to the iPhone. But when iPhone users contemplate switching to Android (or vice-versa) they worry that all the apps they bought are going to be lost because they won’t work on the other platform. They may have to re-purchase or abandon certain apps when switching. This is a major problem for users and a major boon for platform vendors who are quite happy to see you locked in thanks to the apps you purchased. A more widespread use of web-apps would reduce this problem.

So with all these advantages to web-apps, why are they virtually ignored in favor of downloadable native apps? One reason is that they do have limitations compared to native apps. Anything involving the camera or the microphone is not yet doable in a browser-app. So are 3D graphics and integration with some of the functionality of the phone itself.

There are entire classes of applications for which the browser-based route just won’t do for technical reasons. There are also good business reasons for putting a native app in an app store and charging for it. But there are many applications that could be built solely on web technologies and many users out there who would be more free as a result.

For the reasons above, the MedRez Schedule Viewer is to remain a web-app. A resident shopping for a new smart phone does not need to worry about whether they can view their schedules on MedRez depending on what phone they buy.

They can. It just works.

From time to time, iMedicalApps will invite developers, IT specialists and physicians to comment as guest writers. We feel that a diversity of opinions benefits all of us but remind our readers that the opinions expressed herein belong to the author and do not necessarily represent those of the iMedicalApps editorial team.

Olivier Forget is a former aerospace engineer who started H2-O2, a software company, in 2006. He is the developer of the MedRez.net Scheduling tool for medical residencies. You can follow him on twitter @MedRezdotNet.