If you’ve been following our site, you know the iMedicalApps Team was at HIMSS 2010 earlier this month, where we covered the conference in great detail.

Two of our senior writers, Dr. Wodajo, and Satish Misra, conducted interviews, wrote commentary, and captured great videos of actual medical applications in action – most of this mobile technology is yet to be released.

We rolled out posts at breakneck speed, sometimes twice a day, so we’ve compiled a “highlight reel” of the products we covered in case you missed something – from iPhone dictation software, real time ICU monitors, and soon to be released mobile electronic health records – there’s a bit for everyone.

Also, we can’t wait to see how some of these apps will look on the iPad.

Nuance, the makers of Dragon Medical Dictation, a favorite dictation service among many physicians, announced at HIMSS they are bringing the same medical transcription service to the iPhone.  We have some great video of this soon to be released app in action. 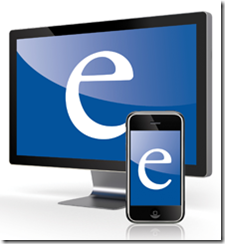 Airstrip Technologies became hugely popular when they unveiled AirStrip OB a few years ago.  This app enabled Ob/Gyn physicians to monitor real time fetal heart rates of women in labor via their iPhone.  Now they are launching other apps, aimed at a broad set of physicians, such as AirStrip Cardiology, AirStrip Critical Care, and more.

Zynx Health has partnerships with many major electronic health record vendors and one of their main goals is to provide physicians with order sets that are entrenched in evidence based medicine.

Announced formally at HIMSS was the iPhone version of Visual Logic, appropriately named Visual Dx Mobile — an app that shows high quality diagnostic images in response to user queries, and does much more.  The app contains over 18,000 images as well as text information such as next steps in management, diagnostic pearls, recommended tests, and ICD-9 codes.  We have video of the app in action.

A brief review of the Allscripts Remote app for the iPhone as well as details of a conversation with Allscripts executives who revealed that they are moving to development of an Android app.  This app is an electronic health record and an ePrescribing tool.

We have a conversation with Dr. Yan Chow, and discuss Kaiser Permanente’s Health Care Information Technologies, and what we can expect from these innovators in the future.

*A special thanks to Dr. Wodajo for providing in depth coverage of HIMSS 2010.  He is one of our senior writers and has a personal blog called a few thoughts from a tumor surgeon.