Apple chose Oscars night to announce to the world the coming of their newest device, the iPad. Meanwhile, the folks interested in tech and health IT have been feverishly debating its significance in the medical sphere since its unveiling to the press in January. While its roots in the iPhone OS immediately gives it a huge library of ready applications and a highly-polished user experience, a few themes of disappointment have persisted.

The one complaint that is most commonly repeated is the absence of Flash support on the iPad (and iPhone). This means that any websites which use Flash for games, small applications or to show video clips will not work. iPhone users have long become accustomed to the small blue rectangles which are displayed wherever there is a Flash object on a website. The theme has been that, if the iPad is going to gain currency as a laptop/tablet device for general computing needs, not displaying Flash content is going to be a significant handicap. But that may not turn out to be an issue at all.

The reasons Apple has given for the absence of Flash support on the iPhone OS is that it is buggy as well as a power consumption hog, which will cause early battery drain. Both of these are well backed up by observations on the desktop versions of Flash. In response, Adobe has said future versions of Flash will be highly optimized for mobile devices. This issue actually has seen major debate on tech blogs about the value of Flash to website developers and about Apple’s real intentions. At this point, it is obvious that Apple will not allow another company, in this case Adobe, to have any significant control of the user experience on the iPhone platform. And many commentators have expressed their lack of sympathy for the demise of the Flash, preferring universal open standards for the web instead of proprietary graphics plugins, such as Flash.

But despite this interesting debate, there is in fact a useful role that Flash could play in EHR implementation. This is in providing a fluid interface for complex user actions when the application is delivered via the web. This is clearly an important emerging trend. Writing and delivering EHR software that is physically installed on multiple PCs (“client-server”) is inefficient and slows updates as each change in the application requires a mass update of every desktop computer installation.

In contrast running the software on a central server and having users interact purely through a web browser (“SaaS” or “software-as-a-service”) means that the application can be continuously improved without having to update individuals’ computers. Furthermore, since data is not stored long-term on users’ machines, privacy and security concerns can be centralized. For physician practices, it also confers the advantage of not having to invest in a dedicated server for the office and the attendant maintenance costs.

One important drawback, however, has been that the complex user interfaces of EHRs can be challenging to deliver using a plain HTML web site. A physician may have to interact with multiple items on a screen when viewing a patient’s electronic “chart”. This is often accomplished with an interactive interface that changes quickly with user interaction to hide or display information relevant to the current action. For example with one click, the patient’s demographics are displayed, with another click the visit history id displayed. This would be awkward in a browser if every step required a fresh page-load from the server. Many EHR vendors developing web-based (“Saas”) EHRs, including Practice Fusion, Hello Health, Care Cloud have thus relied on Adobe Flash technology for portions of the user interface. Therefore the inability of the iPad to run the Flash plugin is a legitimate concern for EHR vendors and physicians interested in using it in their practices.

That is, until recently. 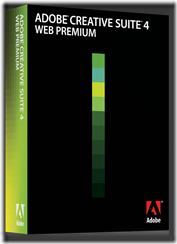 In October, Adobe pre-announced that the next version of their Flash development suite will include “Packager for iPhone” and made it official in January. This is a very clever work-around of Apple’s prohibition of the Flash plugin from the iPhone OS and will bring thousands more applications to the platform. The way it works is by translating the underlying language used to develop Flash applications (“Action Script”) to the language of the iPhone (“Objective C”). This means that developers can write in the language they are used to but the final product runs natively on the iPhone and iPad – without requiring the Flash plugin. This is a win-win for both developers, who can easily port existing applications to a new platform and users, who can enjoy optimized applications with good battery performance, respectively. There are already several apps in the App store which were developed in this way. Not surprisingly, Adobe has been flooded with interest from Flash developers and has closed the public beta of the Packager (part of their CS5 suite) until the developer software ships sometime this year.

As the beta program is private and developers are restricted by non-disclosure agreements (NDAs), we cannot get much public information at this time. However, this is a potentially exciting development for physician practices thinking about using the iPad in their practices.